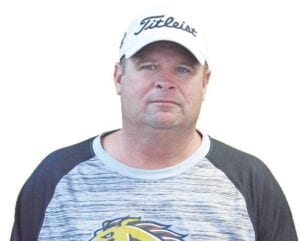 The NFL has a couple of stories this week and one involves the “Motor City Kitties.” I will start with the non-Lions story first.

The New England Patriots have come to terms with Cam “The Scam” Newton on a one year deal worth $7.5 million. The ex-Carolina Panther quarterback has been on the market since March when he was released. The 2015 MVP has fought lots of injuries over the past two seasons, mainly foot issues. Cam’s 2019 season was cut short due to a Lis Franc fracture, and his shoulder has also been an issue. Cam did take Carolina to the Super Bowl in the 2015 season where they lost to the Denver Broncos. I am not shocked that Bill Belichick is rolling the dice on the 31-year-old quarterback. Cam will compete against Jarrett Stidham and Brian Hoyer for the starting job. What is it about Brian Hoyer? This is his third tour of duty with the Patriots. He is like a carnival game — three tries for a dollar! I believe Cam will win the starting job in New England. I mean, I cannot see Stidham or Hoyer winning the job. The other news out of New England is they have been fined $1.1 million and a third round pick in 2021 for illegally taping the Bengals sidelines from the press box. The Patriots are always in trouble for some form of cheating.

The Lions change in ownership would be big news normally, however, in this instance it’s a case of Martha Ford stepping down and passing the torch to Sheila Ford Hamp. It basically stays in the Ford family as Sheila is the daughter of William Clay and Martha. I had to laugh at her opening remarks talking about her mother when she said “I have big shoes to fill.” I ask, what did Martha do? I guess firing Jim Caldwell and hiring “Pencil Head” Matt Patricia equals size 22 shoes? I say, no. Sheila said she thought the team was competitive, a new special teams and defensive coordinator were signs of improvement and change. I spit out my coffee on that one. The best one though is thanking fans for their support and desire to produce a winning team. Blah, blah, blah Sheila. The bottom line is, as Lions fans we don’t want to listen to any more talk about support and desire. We want to see results on the field and compete for a playoff spot on a consistent basis. Is that too much to ask after so many years of disappointing on-the-field results? Heck no, it’s not. Sheila said “Lions fans deserve a winner!” My oh my Sheila that’s like me stating I need to drop 50 pounds. Man, talk about the obvious. Lions fans have supported this losing culture established in Detroit since 1957 for Pete’s sakes. I will say positively, Sheila can do no worse than her mom or dad. I doubt anything changes in the Motor City on the football field this year or the next decade. Man, would I love to be wrong on this statement but I won’t be. Roarr!

The NHL draft lottery was not very kind to our Detroit Red Wings. The first overall pick went to a team with 2.5 % chance of winning the pick. The team is not even decided yet because they are participating in the playoff format. The Red Wings and Ottawa Senators had the best odds of landing the number one pick. The L.A. Kings grabbed the second pick while Ottawa snatched up the third and Detroit the fourth pick. Talk about drawing the short straw. The “Winged Wheel” straw was short. The prize pick was Alexis Lafreniere, who will now play on a quality hockey club. The Detroit Red Wings will get a decent player as this year’s draft is loaded with talent. However, when you are as pitiful as the Detroit Red Wings are, the number one or two pick was really needed.

The MLB has decided on a 60 game schedule and Opening Day should be around July 24. The playoffs will feature 10 teams. I will be curious to see how this all works out. I can be reached at thefatguy@mihomepaper.com.