NFL news is on my mind 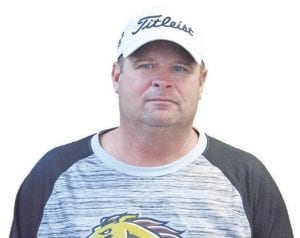 The NFL’s first ziggy arrived Monday morning when coach Jay Gruden of the Washington Redskins became a member of the unemployment line. The loss by the Redskins to New England and Jay’s 35-41-1 record in five-plus years was enough, as the hot seat became a ball of flames. I was shocked that the Redskins brought him back this year, to be honest. The controversy over playing rookie Dwayne Haskins could have also been a factor.

The Detroit Lions will be on Monday Night Football in Green Bay to take on the Packers. I have a feeling this will be an entertaining game and an important divisional game. The Lions need to win coming off the bye week. The Packers are coming off a nice road win at Dallas. We all know the Lions’ struggles over the past three decades in Green Bay. The recent couple of victories means hope is possible. The health of No. 9, Matthew Stafford, and his hip is also hopefully healed up. The cheeseball says: The Cheese Heads 27 and Meows 20.

The Detroit Red Wings are off to a 2-0 start on the season! If I reflect back to last year, it took the Red Wings eight games to win their first hockey game. The road win in Nashville was a sweet win. The Red Wings seem to own Nashville for some reason. The home opener was the Anthony Mantha show, as he tallied all four goals for Detroit in a come-from-behind win over Dallas. It’s nice to see Mantha showing off his hockey talent that we all knew he possessed. The last time a Red Wing had four goals in the home opener was 1933 by John Sorrell, the great left winger! I know all Red Wings fans knew about Mr. Sorrell. The Last Red Wing with four or more goals? Johan Franzen put five in the nets in Ottawa April 2, 2011. I actually remember watching that game. I am excited about hockey for the first time in three years. I have watched such bad hockey for the last three years and it has been tough! Let’s go, Red Wings, and have a great 2019-20 season!

Yawner for Michigan, no gas for Sparty

The college football games last weekend were good for Michigan, a boring win over Iowa, but the Spartans suffered a tough loss to the Ohio State “Yuckeyes” in Columbus. Let’s begin with MSU, as Ohio State quarterback, Justin Fields, destroyed the MSU defense with his arm and legs. Let’s not forget running back J.K. Dobbins rushing for 172 yards. J.K. is one fast son of a gun.

The Spartan defense was stout for a while in this game. However, the offense can’t sustain drives to give the defense any rest. I believe the Spartans’ defense ran out of gas. I will say Ohio State is the best team in the country right now. Man, that is tough to say, but it’s true!

The Michigan offense stays offensive to watch, as it stinks like a pig pen. I read after the game that Jimmy Harbaugh says the offense is looking better! What game did he just watch? It was so boring I fell asleep on the couch after five minutes of this debacle. Hey, Jimmy, a 10-3 victory over Iowa is a win and that is all you can call it. The offense is awful and not getting better, so wipe off your glasses and be honest with yourself!

The Wolverines will take on Illinois on the road with a noon kickoff. Hey, maybe they can get 13 points this week! The Spartans will try to rebound at Wisconsin; wholly smokes, talk about a tough task. The kickoff is set for 3:30 p.m. I would not be shocked if Sparty pulls off the upset.

The baseball playoffs have been tremendous so far with the Atlanta and St. Louis series being the best one so far. It should be the Yankees and Astros in the American League. The National League will be the Dodgers and, I don’t know.

NFL picks are next…