NFL Virtual Draft entertaining in a world without live sports 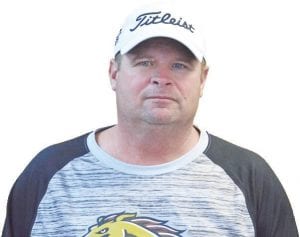 The National Football League’s first-ever virtual draft went pretty darn smoothly, I must say. The NFL has to be happy there were no serious glitches with the broadcast. I can say I watched all of Thursday’s and Friday’s selections and actually enjoyed it. Of course, I would attribute that enjoyment to having had no live sports to watch on television for seven weeks!

The quarterback situation started with the Cincinnati Bengals using their No. 1 pick by selecting former LSU quarterback Joe Burrow, who took the Tigers to a national championship in January. Former University of Alabama QB Tua Tagovailoa was selected at No. 5 by the Miami Dolphins. I slotted Tua to the Dolphins as I thought he was the quarterback they coveted. The L.A. Chargers at No. 6 plucked former Oregon quarterback Justin Herbert off the draft board. I am not sure I like Justin Herbert selected that high but apparently the Chargers did.

The Green Bay Packers traded up with the Miami Dolphins to move into the No. 26 pick and selected former Utah State quarterback Jordan Love. I had said last week that Love would go late in the first round. I know the Packers took some heat from their fans for that pick and I am sure Aaron “Crybaby” Rodgers wasn’t thrilled either. I personally liked the pick because I like this kid as an NFL quarterback prospect.

The shocker was the Philadelphia Eagles taking former Oklahoma quarterback Jalen Hurts in the second round with pick No. 53. I had Jalen going in the fourth or fifth round. I think most football gurus were stunned when Jalen came off the board so early.

I loved the emotion of Michigan center Cesar Ruiz going to the New Orleans Saints at pick No. 24. The Saints picked up a heck of a good player, and Ruiz will be a solid Pro in the NFL.

How about those Lions …

Let’s break down the Lovable and Cuddly Kitty Kats 2020 draft picks. The Lions made the right pick at No. 3 with Jeffrey Okudah from Ohio State. He was the best cornerback in the draft and will fit nicely with free agent cornerback Desmond Trufant. Their second-round pick at No. 35 was running back D’Andre Swift from Georgia. I was not in love with this selection as I thought a defensive player should have been the pick. D’Andre will be a nice compliment to Kerryon Johnson in the Lions offense. I like that D’Andre can catch the ball out of the backfield which is a huge bonus.

Let’s all hope the pick works out Lions fans. In the third round at No. 67 the Lions took Julian Okwara, defensive pass rusher from Notre Dame. Yes, his brother is Lion defensive end Romeo Okwara. Julian Okwara dropped in the draft because of a broken leg, otherwise he might have been picked in the first round or early second round. I like the pick and I think he plays numerous snaps this season. The No. 75 pick was guard Jonah Jackson from Ohio State. Jonah is a meat and potatoes offensive lineman; nothing flashy, just gets the job done. He is strong and sturdy in the trenches and a solid pick. The Lions’ fourth round pick was Logan Stenberg at pick No. 121, an offensive lineman from Kentucky. Logan is a great run blocker who needs help in pass blocking. Logan plays to the whistle and plays with an edge. He also has a knack for taking dumb penalties so he will fit in the Lions scheme perfectly. I do not like the pick.

The fifth-round pick at No. 166 wide receiver from Wisconsin was Quintez Cephus. Quintez is a questionable character guy who was found not guilty of rape at Wisconsin and then reinstated to the team. He lacks speed and separation skills but can catch the ball in traffic. The Lions went running back again with pick No. 172, Jason Huntley from New Mexico State. I say he won’t make the Lions roster in 2020. Why not a defensive player here, I ask? The round six pick No. 197 was a defensive tackle from Utah, John Penisini. John is good against the run and strong. I like the pick here as I think it is actually good value for a late round pick. The last Lions pick was seventh rounder Jashon Cornell, a defensive lineman from Ohio State, at pick No. 235. I doubt he makes the roster.

Overall, I’ll grade the Lions a solid B in this draft – on paper. Like all of you, I’m anxious to see how it plays out on the gridiron. Bring on the live sports! (Please!)