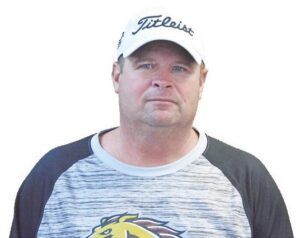 The Thursday night opener between Tampa Bay and Dallas was a sweet way to kick off the NFL 2021 football season. It took a last second field goal by Tampa Bay to secure the victory.

To all the football fans worried about Dak Prescott coming off his injury, you have no worries. I thought Dak looked tremendous under center and throwing the football. My belief after watching this game is the Cowboys will be the favorites to win the NFC East.

I thought week one provided us with some excellent storylines.

I’ll start with Jacksonville and getting blown out by the Houston Texans. I say, welcome to the NFL Trevor Lawrence, you’re not at Clemson anymore! The NFL is where the big boys play on the gridiron.

I applaud the Bengals for their nice win in overtime over the Minnesota Vikings.

How about the Cleveland Browns absolutely blowing a victory over the Kansas City Chiefs. If I was a Browns fan I would be livid over that loss. No excuse Cleveland! 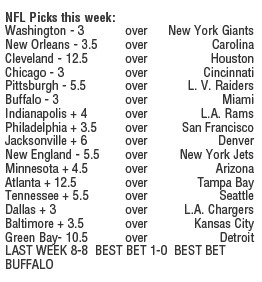 The other surprise was Pittsburgh upsetting the Buffalo Bills in Buffalo. We all know the Bills are the sexy pick to go to the Super Bowl from the AFC. I can tell you they won’t with a pitiful performance like that at home.

Matthew Stafford looked mighty fine in his L.A. Rams debut. I think all the Stafford bashers and haters are going to find out just how good of a quarterback No. 9 really is. I positively believe he gives the Rams a serious shot at winning the NFC Conference come January. I always thought the Lions never appreciated the effort or quarterback play Stafford gave them week in and week out.

Can I also state the RedZone Channel is the best thing ever created! Well worth the extra $5 a month on my bill.

Yes, the lovely Lions made the San Francisco 49ers sweat out a victory in the final two minutes on Sunday. However, let’s realize the Lions were totally dominated for almost the entire football game. The excitement was off-the-charts for two minutes, no doubt about it. It was so exciting the 49ers were missing chunks of kneecaps.

The reality is Jared Goff threw the ball

57 times in the game. Jared Goff’s quarterback rating was a 58 or something like that. The defense was absolutely horrible. Since the defense does not have much talent, I understand it’s a work in progress. The entire Lions team is a work in progress and it will be awful bleak in Motown for the Kitty Kats this season.

The Lions will take on the Packers in a Monday Night Football primetime game. I believe the Packers will be ornery after the whipping the New Orleans Saints administered on Sunday. I just hope the Lions don’t embarrass themselves!

The Michigan Wolverines spanked the Washington Huskies in the Big House on Saturday night. The Wolverines rushing attack was tremendous as they ran the ball down the Huskies throats for four quarters. The problem I saw is the quarterback is going to have to throw the ball downfield at some point. I did not like what I saw in the passing game or attempts of a passing game by Michigan. The college football game requires a team to throw the ball or you will lose many football games. The Wolverines take on Northern Illinois this week kickoff high noon at the Big House.

The Michigan State Spartans travel to Florida to take on the Miami Hurricanes for another noon kickoff. The Spartans are a touchdown underdog to Miami. I think this football game will be close and come down to the final minutes. I’ll take Miami over MSU by a field goal.