No link to CTE From playing high school football 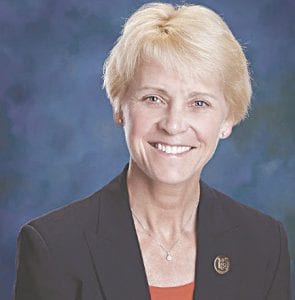 When it comes to the longterm effects of concussions in sports, there is a wide range of information published – almost on a daily basis. Unfortunately, much of the media coverage as it relates to high school sports – and particularly the sport of football – is misleading.

Last week, the Concussion Legacy Foundation introduced its new publicservice announcement that compared youth football dangers to smoking. As the pre-teen football players puff on cigarettes, the voiceover says, “Tackle football is like smoking, the younger I start, the longer I’m exposed to danger.”

The “Tackle Can Wait” campaign by the foundation is an attempt to steer children under the age of 14 into flag football. Although establishing a finite age may be difficult, reducing contact at youth levels is certainly a positive. USA Football is doing just that nationally through its Football Development Model. Likewise, the 51-member state associations of the National Federation of State High School Associations (NFHS) have enacted limitations on contact during preseason and practice sessions.

Our concern is the term “exposed to danger.” These types of messages continue to spread unwarranted fear to parents of high school student-athletes. The “danger” refers to reports that players who incur repeated concussions can develop chronic traumatic encephalopathy (CTE).

A 2017 study from the Journal of American Medical Association (JAMA) linked CTE in the brains of deceased National Football League players. Even if this report is accurate, these are individuals who endured repeated blows to the head for 20 to 25 years BEFORE any concussion protocols were in place.

Less publicized is a study by Dr. Munro Cullum and his colleagues at the Peter O’Donnell Jr. Brain Institute, which is a part of the University of Texas Southwestern Medical Center in Dallas. Cullum’s group studied 35 former NFL players age 50 and older who had sustained multiple concussions throughout their careers. The findings showed no significant association between the length of the individuals’ careers, the number of concussions and their cognitive function later in life. Two studies, two different conclusions. Regardless of the outcome, however, they are not applicable to kids playing football before and during high school. There is absolutely no linkage to CTE at these levels, and the word “danger” should not be a part of the discussion.

A more applicable and significant study was also published in JAMA in 2017. In a study of about 4,000 men who graduated from Wisconsin high schools in 1957, there was no difference in cognitive function or decline between those who played football and those who did not as they reached 65 years of age. We would assume the majority of these individuals discontinued football after high school.

With more than one million boys – and girls – playing the contact sport of football each year, severe injuries do occur from time to time, but parents should know that efforts to lessen the risk of a catastrophic injury, including head injuries, have never been stronger than they are today.

In fact, new data from the National High School Sports-Related Injury Surveillance Study indicates some positive trends in concussion rates. The study, which was released in the American Academy of Pediatrics online issue of Pediatrics this week, indicated that concussion rates during football practices dropped from 5.47 to 4.44 concussions per 10,000 athletic exposures between the 2013-14 and 2017-18 seasons.

In addition, repeat concussion rates across all sports declined from 0.47 to 0.28 per 10,000 exposures during the same time period.

After considering all the available research, we encourage parents to let their kids play their sport of choice in high school, but we would discourage moving away from football – or any contact sport – solely based on the fear of developing CTE later in life.