No rain on homecoming parade 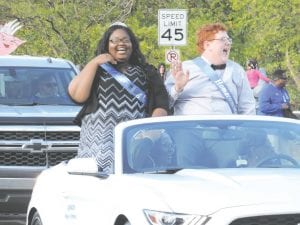 FLINT TWP. — It rained Friday morning and again in the early evening but skies were clear and sunny for the annual Carman-Ainsworth Homecoming Parade on Vanslyke and Maple Roads.

In keeping with the theme ““Under the Big Top” Cavalier Circus,” the freshmen parade float featured Circus Treats; the sophomores recreated the Big Top; a lion roared atop the juniors Lions/Lion Tamers-themed float and a Clown was the main attraction on the Seniors floats.

Several members of the homecoming court rolled through in drop-top classic automobiles. Bands from all grade levels played, flagbearers twirled and Flint Township officials and vehicles also joined the parade – some tossing candy to the crowds that started lining up along the parade route a full hour or more before it began. 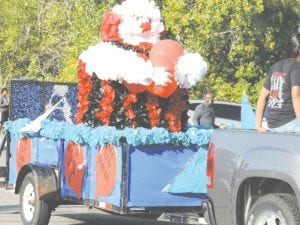 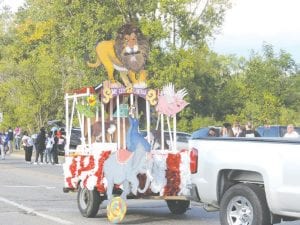 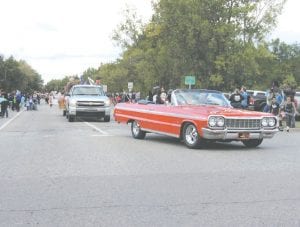 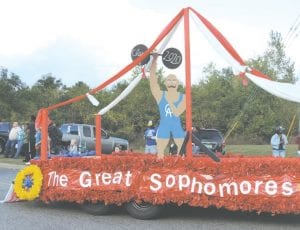