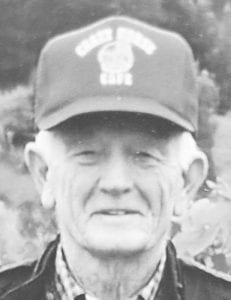 NORRIS BENTLEY BINGHAM, 85, of Davison, passed away Saturday, April 4, 2020 at Brookdale of Davison.

Norris was born in Saltillo, TN, on August 15, 1934, son of the late Edward and Thelma (Newman) Bingham. He married Betty Lou Tucker in Corinth, MS, on April 1, 1956. Norris graduated from auto-diesel college in Nashville, TN. He went on to work 34 years for General Motors as a journeyman electrician. Norris enjoyed hunting, working on cars and tractors. He took his trade for fixing anything and started his own small engine repair business known as Red’s Small Engine Repair. Norris especially loved his dog, Suzie-Q.

He was preceded in death by his wife, Betty; parents, Edward and Thelma Bingham; and father-in-law, Boyd Tucker.

Memorial contributions may be made to the American Alzheimer’s Association or the Humane Society of Genesee County.

Due to the COVID-19 virus, a private committal service will be held. A Celebration of Life will be held at a later date.