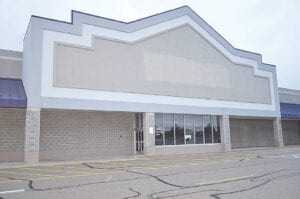 Northgate will be transforming the former Lowe’s store in Flint Township into a new packaging/processing warehouse. Photo by Ben Gagnon

FLINT TWP. — Flint Township has given a local company the green light to expand its operations to the former Lowe’s Home Improvement store near Corunna and Linden roads.

Northgate, a Flint area logistics management and packaging company, has received approval from the Planning Commission to purchase the vacant Lowe’s buildingon2100TAMansour Boulevard and transform it into a new warehouse.

The Flint Township Zoning Board of Appeals has also granted a use variance for Northgate because the Lowe’s store is located within an area zoned for commercial use.

Tracey Tucker, Flint Township’s Economic Enhancement Director, said that Northgate plans to move into the 130,000 square foot facility within the next few months.

“They are looking at possible expansion in the future and will bring us new site plans when they’re ready,” she said. “For now, (Northgate) plans on using the building as is.”

Northgate currently has another warehouse on G3367 Corunna Road in Flint Township near the I-75 interchange. In addition to being a tier 1 supplier for General Motors, the company also serves heavy industrial, commercial, agriculture, healthcare and government sectors.

Tucker said that Northgate’s expansion could generate between 20 to 120 new jobs, depending on contracts. The expansion will also bring new life to the former Lowe’s store, which has been closed since November 2018.

“Any time we can reuse a vacant business space and repurpose it, that is a good thing for the community,” Tucker said. “With retail struggling during COVID-19, it would have been difficult to attract a retailer who would want to invest in a space that large. It’s great to have a community partner like Northgate that is investing in their community.

“Restaurants, stores and bars around that area will also benefit, now that employees (from Northgate) will be within walking distance to patronize those businesses,” Tucker added.

Northgate, which has operated for over 35 years, is headquartered at 3301 Dort Highway in Flint. To learn more about the company and its career opportunities, visit go2northgate.com/careers/.