Not a creature was stirring 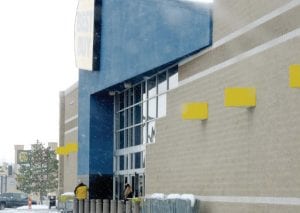 ‘Twas the night before Thanksgiving but out in front of the Best Buy store on Miller Road, as of early evening, the usual camping out crowd of Black Friday bargain hunters was missing. Perhaps they showed up closer to Best Buy’s 5 p.m. Thanksgiving Day opening but in past years many shoppers have pitched tents as early as a week in advance, to be first in line for the deals. Contrary to varying national media reports of lower turnout and shorter lines at many stores this year, the National Retail Federation (NRF) hailed the Thanksgiving weekend as a shopping success. According to the NRF, nearly 102 million people surveyed said they shopped in stores and more than 103 million said they shopped online.