Not making enough pay in Congress, find another job 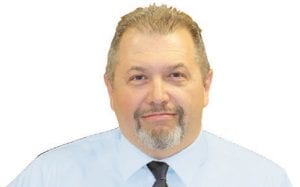 I had a good laugh last week. I read in the Washington Post where Rep. Jim Moran (D-Va.) said in an interview members of Congress are “underpaid” and can’t afford to live “decently” in Washington.

The punchline: Members of Congress make $174,000 per year currently.

Amusement quickly faded for me as I thought about this comment, then I just became angry to think of all the people out there who make due on far, far less. It is an insult to the people of this country who have nothing and who work hard for every little shred of decent living they have.

“I think the American people should know that the members of Congress are underpaid,” Moran said. “I understand that it’s widely felt that they underperform, but the fact is that this is the board of directors for the largest economic entity in the world.”

Well if you folks are the board of directors, I think you’ve done a pretty terrible job of running the company and maybe it’s time for new leadership.

Congress is in session less than 100 days a year. Must be nice to work parttime and get paid $174,000 a year, and you don’t even get docked for a day if you don’t show up to vote.

Tell the parent trying to put food on the table for his or her kids by working two full-time jobs how you can’t live decently on $174,000 a year. Or how about the soldier off fighting for this nation, making $20,000 a year while debt collectors are waiting at their door for them to come home.

As Moran says in the article, yes Congressional pay has been frozen for three years and will likely be frozen again for a fourth year. Get over it, a lot of people aren’t seeing pay raises these days. Many in Congress have to pay a mortgage on a home back in their district and one in Washington, D.C. — but you chose a career in public service. You also walk away from your stint in Congress with a pension and you have government provided heathcare.

What else do you want? What would make it so you can live “more decently” in Washington, D.C.? What is it you want from the people of this country?

Moran said he will introduce an amendment to fix the problem. I hope those in Congress who still cling to some notion of common sense will see to the defeat of this measure.

I do agree our leaders, the one’s doing a good job, should be well paid. If they are working for the people who elected them, then I can see some justification in raising their pay. But maybe a system tying performance to better pay is in order.

Congress has perks we don’t have. They have their own chefs, a gym just for their use, a subway train to transport them to and from their job when they are in Washington, D.C.

In other words, you got it good. And if you don’t think so, step down and let someone else do the job. Save the “woe is me” story, Jim, for your next round of golf with the boys at the country club while you’re sitting around smoking a cigar and drinking expensive booze. Real people with real problems don’t want to hear it.