Not out of the woods yet 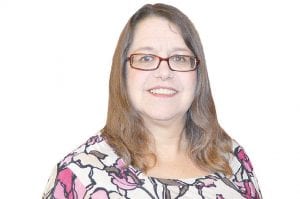 It seems like it’s always a struggle to get through February but now that we have, and March is coming in like a lamb (Yay!!) I feel like February is a distant and distasteful memory which need not be thought of for at least another year.

If the forecast holds, it looks like we’re in for a muddy slushy time, but I honestly can’t complain because I am happy with anything over freezing. I am not such an optimist though as to think spring is really here because after almost 60 years on the planet, and almost 40 in Michigan, I know better.

Weather is something that unites all people, because no matter what we get, we have to deal with it. When I served in what used to be a divided Germany, often locals would ask how I liked the weather and if it was very much different from home.

Having grown up in Northern California (well north of Tahoe) where it can snow quite heavily, and Wisconsin, there was not a lot of difference in central Germany.

I recently re-read the “Little House on the Prairie” series by Laura Ingalls Wilder again—a childhood favorite, and I always struck by what our forebears, the pioneers of this great country went through to survive in conditions which we can’t imagine today. Months of eating whole wheat bread and potatoes and waking up with snow on the bed?

We can hardly imagine such hardships in America, event though there are conditions just as bad in many places across the globe, we in our comfort, hardly dare to think and probably wouldn’t know how to survive such deprivations.

We wake in warm (or cool as the case may be) houses, and have at our literal fingertips, pretty much what we need to eat, if not what we want. We have warm clothes and vehicles with heat (for the most part), and I personally live within easy walking distance of a grocery store, and many of us at least don’t have to wait months for the train to bring food in like the pioneer families did that winter (1880-81).

I think the book series means so much to me because I was raised to not be dependent on anyone and have raised my own children in that regard as well. I am probably a little too independent but given the circumstance of my childhood and almost 20 years in the military, there was little choice but to do it on my own, because sometimes that’s the only way things get done.

If I had it to do over again, I would make more effort to be closer to family, to keep in touch and make those connections more secure. But we all do the best we know how to at any given time, so rather than look back, we can only promise to do better going forward. It’s a good general philosophy which serves me well.

Paula Schmidt is a staff writer for the View Newspapers. Contact her at pschmidt@mihomepaper.com.