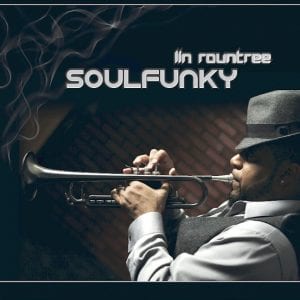 Jazz trumpeter Lin Rountree will perform at “An Evening of Jazz” scholarship benefit.

FLINT — Detroit-based jazz musician, Lin Rountree, will perform during a dinner and jazz gala, from 7 p.m. to 11:30 p.m. Saturday, November 19, at the Riverfront Banquet Center, 1 Riverfront Center West in downtown Flint, according to a press release.

Sponsored by Delta Sigma Theta Sorority, Flint Alumnae Chapter, the “An Evening of Jazz” benefit gala will begin with a strolling buffet, at 7:30 p.m. There also will be a silent auction.

“We are honored to have Mr. Rountree perform at our 2nd Annual jazz concert.” said Ineatha Waters, President, Flint Alumnae Chapter. “This is one event you don’t want to miss.”

Lin Rountree, aka the Soul Trumpeter, is the latest artist to emerge from the ‘new’ Detroit music factory. As both a solo artist and part of the group, Generation neXt, Rountree’s playing has been described as soulful, funky, and sensual.

Rountree began playing trumpet in Alexandria VA at age 11. He attended The Duke Ellington School in Washington, D.C. and was recruited into the music program at Florida A&M University where he performed with the famed Marching 100. After graduation, he found his home in Detroit, where he formed ‘Up Close’ which quickly became one of the most sought after bands in the city.

Among a long list of accomplishments, Rountree has played and recorded with music’s elite including George Duke, Marcus Miller, Darren Rahn, U-Nam, Elan Trotman, Tim Bowman, Kem, and Dwele among others. In 2011, he was named four times on the Top 30 Billboard Smooth Jazz Chart with singles from ‘Soul- Tree, The Soul-Jazz Experience.” In 2012, he boosted his international profile with an appearance in the hit film “Sparkle” starring Whitney Houston.

In 2015, Rountree released ‘Soulfunky’, his fifth studio CD. This 12-song selfproduced collection is his funkiest and most soul-filled to date featuring some of the hottest musicians and producers in the business including Julian Vaughn, Nils, Mike Phillips, Lebron and Nate Harasim.

‘Soulfunky’ will take you on a journey that will have your head boppin’ and body rockin.’

Tickets for the gala are $60 and can be purchased through PayPal online at www.flintdeltas.com. For additional information, call (810) 875- 6735 or (248) 882-0675. Proceeds from this event will benefit the Rebecca Louise Robinson Scholarship Fund, which helps Flint-area youth to further their college education. Over the years, the sorority has awarded more than $250,000 to Flint or Genesee County area students.