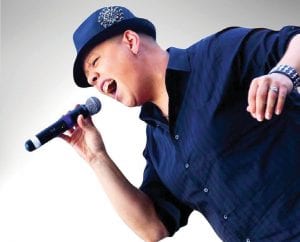 FLINT TWP. — Summer Osborne has a way with words, which she puts to music in a genre-defying style labeled folk soul, acoustic rock, and piano pop with touches of jazz, blues, and roots music.

Described as one of the hottest new voices in the Women’s Music Scene, Osborne will perform live in concert at 7 p.m. Thursday, March 26 at the Unitarian Universalist Congregation Church, 2474 South Ballenger Highway.

“An award winning singer-songwriter from St. Louis, Missouri, Osborne’s powerful vocals and artful storytelling address the human condition,” according to a press release.

“ Her kaleidoscope of music is infused with her charismatic stage presence and humorous personality.”

Awards from her eighth album, “As I Am,” include the Best Song with a Social Message in 2014 for “This is Your Call,” from RightOut TV.

Osborne first graced a stage at age four, but has been performing her original tunes for fans since 2005, according to her Facebook bio. In 2009, she decided to focus on her music career (performing and writing) and is constantly on tour, doing shows at venues and festivals.

When not touring, Osborne and her manager /wife, Lori, reside on a family farm in Vandalia, IL.

Concert tickets are selling for $15 in advance / $20 at the door and $10 with a current student ID, Ticket sales are through the Unitarian Universalist Congregation of Flint. Call 810-232-4023 or email office@uuflint.org. The church website is at www.uuflint.org

“I do this because I believe I have
something to say
And I believe what I have to say is
worth sharing
And that is: We CAN be the change
we want to see
And together, that WILL change the
world
It’s the microcosm of the macrocosm
And I know it sounds cliché, but that’s
because it’s simple
And that’s because it’s true
You see… this life is a river.
And sometimes it’s rapid, and sometimes it’s lazy
But either way, you cannot stop it, and
you cannot reverse it
Your only job is to put your boat in the
river wherever you are… and just… go”
— From Summer Osborne’s Facebook
page at summerosborne.wordpress.com/