Nothing wrong with being musically diverse 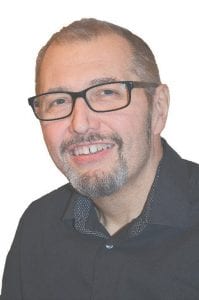 For years I have been an avid fan of good old rock and roll. I like mostly heavy metal and alternative rock and have for the better part of the past two decades. I never had much of a taste for it when I was younger, preferring pop and rap when I was young – though I did find I had a perchance for bands like KISS, Def Leppard, Aerosmith, Motley Crue and Poison.

When the 90s rolled around I took an interest in grunge rock with bands like Nirvana, Pearl Jam, Sound Garden and Alice in Chains. It was probably then I began my return to rock and roll and I started to embrace a musical genre I had overlooked in my teen years.

As years went by I went back and found rock musicians I hadn’t spent much time listening to when I was a kid. I discovered Ozzy Osbourne, Metallica, Slayer and a host of other music I had turned myself off to while numbing my eardrums with pop and rap.

So for a long time I have been a rocker. I’ve been to shows at Flint’s Machine Shop, I’ve listened to our local rock stations and even been listening to it on satellite radio. But in more recent years, I’ve taken an interest in a musical genre I never imagined I’d like.

Country music – that’s right, you heard me. Since Anita and I started seeing each other I’ve branched out my tastes to include the twangy, down home country stylings of artists like Blake Shelton, Little Big Town, Brothers Osbourne (not related to Ozzy, by the way), Florida Georgia Line and many others.

When I was a kid my exposure to county music was Hee Haw. If you’re 40 years or older, you remember it – with Buck Owens and Roy Clark. The corny jokes, the dumb skits, and banjo playing, knee slapping music. Needless to say that impression of county left me uninterested in a return to the genre, until Anita dragged me screaming and kicking into 21st century county music.

We’ve been to concerts by Blake Shelton and Darius Rucker. You may know Darius as the lead singer of a little band called Hootie and the Blowfish who were around in the 1990s. That was a great concert, but I especially liked the part where he performed a collection of his music from the Hootie days.

Blake’s concert was good too, except for the drunk lady next to me who kept spilling beer on me the whole concert while reciting the lyrics: “red, red, red, redneck” at the top of her lungs the entire time.

This past weekend we attended the first Country Music Festival in Bay City’s Wenona Park and we had a great time, with the exception of the rain we had dumped on us both days. We saw several great local bands and were treated to Nashville acts Thompson Square and Frankie Ballard.

We had a good crowd, with some entertaining folks like the cowboy in camouflage suspenders who literally had a pile of empty beer cups around his seat by the end of the night, and none other than Kid Rock hanging out in the audience, proving you can be a little bit punk rock and mix it with the hip hop and still like country music.

So keep your musical tastes open and just have a love for music, no matter what it is.

Gary Gould is the managing editor of the Davison Index and View Newspapers. Contact him at 810-452-2650 or email him at ggould@mihomepaper.com.