Observations: From cellphone etiquette to bigotry, I have a few 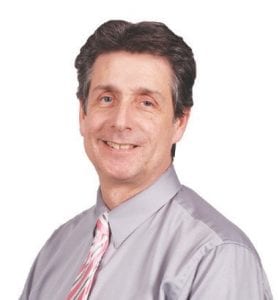 I’m away from the office this week for a few days off. In trying to prepare some things in advance for the week in my absence I had the chance Sunday afternoon to reflect on several things as I cleared my desk and my mind. Let’s call them “observations.”

Leave the phones at home

It happened again Saturday when my son took me out to dinner for Father’s Day, though I’ve seen it many times.

Call me old fashioned, but when I’m out with someone for dinner, an ice cream or anything I like to give the other person my undivided attention.

At the restaurant at two tables on either side of us, the people barely spoke a word to one another. Instead, after they placed their drink and food order they picked up their smart phones and scrolled through apps, texted a couple messages and one guy even made a call to order a fertilizer treatment for his lawn. Even while they ate, they looked down at their phones in silence.

To me it’s unbelievably rude to use your phone and take calls when you’re with someone else unless you’re an emergency room trauma doctor or nurse and there’s been a huge pileup on I-69.

And during movies, even after we’re told to turn off and put away all phones and recording devices there’s always some knucklehead who will check their phone during the movie so you get to be distracted by a bright white glow from the row in front of you.

I swear I get “phone rage” where I just want to reach down and rip the phone from their hand and throw it against the wall — kind of the way John Belushi smashed a guitar in the hands of a person playing it on the stairs during a scene in the movie Animal House and then calmly said, “Sorry.”

What’s it matter to you?

There’s a lot of talk these days about same-sex marriage, about gun violence, race relations and legalizing recreational use of marijuana to name just a few hot-button topics.

The U.S. Supreme Court is expected to rule soon on same-sex marriage. More than likely it will rule it’s unconstitutional for state governments to prohibit the unions.

Who am I or any government to tell people who they can and can’t marry? Live and let live and love and let others love as they see fit.

You might detest gay people, same-sex marriage or other changing social norms you find troubling all you want. And that’s your right, of course. But just because you don’t agree with another doesn’t mean you have the right to judge them as undesirable, unworthy and be able to prohibit them from enjoying different life choices than your own.

I have zero tolerance for bigotry, whether it’s by individuals, church and religions who think theirs is best and no others can exist or from politicians and wanna-bees. Donald Trump, for example, in his first week after announcing his Republican candidacy for president showed his despise for anyone south of the U.S. border, claiming we must stop Mexicans from coming here and raping our women.

Deep seeded hatred and mistrust of others different than ourselves needs to stop. It solves nothing and only needlessly divides people even more. jhogan@mihomepaper.com