October kicks off a busy month for sports 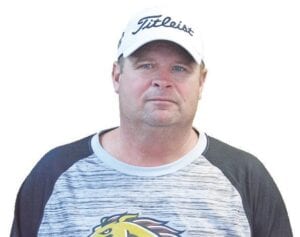 The world of sports is action-packed as the calendar rolls into October. The MLB playoffs are starting as are the NBA Finals. The NFL is starting to take shape as some teams look real good and others not so much. The college football season has started for some teams and others will start later this month. The NHL season has come to a close and the Stanley Cup champions are the Tampa Bay Lightning.

The Tampa Bay team hoisted the Cup on Monday night with a 2-0 victory over the Dallas Stars. The penalty box kept the Dallas Stars from winning the Stanley Cup. The Stars just took way too many stupid penalties in this series. The Tampa Bay team was hurting with numerous injuries yet still emerged the champions. A unique year in the hockey bubble for all the teams for sure. However, in the end it was Tampa Bay skating around the hockey rink with the Stanley Cup in front of a few fans. The Cup is headed to Florida to get a nice tan on the beaches. Bust out the sunscreen in the Sunshine state. Congrats to the BOLTS! 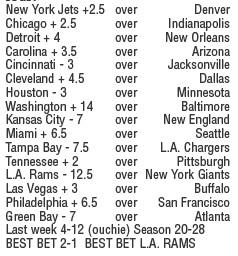 The Lions pulled out a victory on the road in the desert 26-23 over the Arizona Cardinals. The Matt Prater 39-yard field goal as time expired snapped the Lions’ lovely 11-game losing streak. The victory pulled Matt Patricia to 10-24-1 in his tenure as Lions coach. Wow “Pencil Head” those are sure impressive numbers as head coach. The Lions will not go 0-16 this season, which is good news? The Lions will entertain the New Orleans football team this Sunday at Ford Field. The Saints will come in ornery on a two-game losing streak. I think this will be an offensive game with tons of points on the scoreboard. The Saints will win the game, but it will be a close football game, because the Saints’ defense is as bad as the Lions. The cheeseball prediction: Saints March Out With Victory 35 and Lovable Losers 31.

The NBA Finals will have crybaby LeBron James and the L.A. Lakers taking on the Miami Heat. I think this series will be a good one and give the advantage to the Lakers. The Lakers should win, but I am rooting hard for the Miami Heat! I hope it goes seven games.

The 145th Preakness runs on Saturday, Oct. 3. The Kentucky Derby winner Authentic will be the 9-5 favorite out of the nine hole. The three horse Art Collector is my choice to win the Preakness. A couple other horses to keep an eye on are the four horse Swiss Skydiver and the five horse Thousand Words. I say, “Riders Up” and enjoy the running of the Preakness this Saturday.

The baseball playoffs start a best of three series this week. I will give you my American League winners: Minnesota over Houston. Chicago over Oakland. Tampa Bay over Toronto. New York Yankees over Cleveland. The National League winners: L.A. Dodgers over Milwaukee. Chicago Cubs over Miami. Cincinnati over Atlanta. San Diego over St. Louis.