Of whistles and rankings 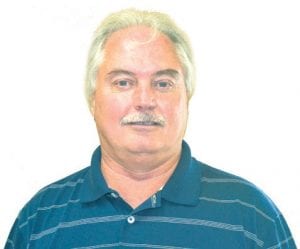 Editor’s note: This column appeared in our Dec. 23 Lapeer County Press, sister paper to the View Newspaper Group papers. We feel the topic is a must-read for all high school players and parents as it relates to the officials tasked with putting a stop to excessive contact on the high school basketball courts. Agree or not, the Michigan High School Athletic Association is doing what it thinks is in the best interest of the game.

A t a high school basketball game early this season, I noticed both coaches and many fans growing frustrated with the number of fouls being called on both teams. There was more than one comment of “Let ’em play” coming out of the crowd, and a coach later remarked that perhaps the officials were trying to send a message.

Well, that might be exactly what they were doing.

According to the Dec. 9 edition of “Be The Referee” on the Michigan High School Athletic Association web site (mhsaa.com), excessive contact in basketball is a point of concern the governing body has addressed this season. To quote:

I’m all for this. I’ve long thought that basketball games often cross the line into football with regard to contact. Even in football, I think defensive backs get away with too much contact on receivers.

Admittedly, I thought a couple of calls in this particular basketball game were borderline myself, but I wasn’t close enough to see if any of the above criteria applied.

It’s always tough for officials to enforce new or modified rules in a sport. Fans often aren’t aware of the changes and think the refs are just making bad judgment calls. But they’re just doing what they’ve been instructed to do, and in this case, I think it’s better for the game in the long run.

• A recent column on CBSSports.com makes the case that the Big Ten has surpassed the SEC as the best conference in college football. That’s hard to swallow after more than a decade of SEC dominance, but Dennis Dodd notes that the Big Ten had four teams in the top 15 of the Power Rankings, more than any other conference, and five in the top 20. He also cites the number of marquee coaches now at Big Ten schools, notably Urban Meyer, Jim Harbaugh and Pat Fitzgerald. And let’s include Mark Dantonio on that list.

It all sounds logical on paper, but apparently Vegas odds makers and bettors didn’t read the column. In the four bowl games matching Big Ten and SEC teams this year, the SEC is favored in three — by at least a touchdown.

Let’s see what happens on the field.