FLINT TWP. — It looks like there won’t be any recounts for the close finishes in the races for township clerk and trustee in last week’s election.

Any candidate who wants to challenge the results has until Thursday, August 11, to file, according to a clerk in the Genesee County elections office. As of Tuesday, the clerk’s office had not received any filings from Flint Township candidates, he said.

In the clerk’s race, only 29 votes separated winner Kathy Funk over Alex Clark and 71 votes between Funk and Lavonna Harris. Funk, who is currently an administrative assistant in the clerk’s office pulled 930 votes, Clark received 901; Harris, 859; and Shawn MacGillivray- Heston, 594.

All are Democrats which means that Funk likely will moved on uncontested to the general election in November. “I am humbled by the support I received during my campaign and the confidence voters have placed in my abilities,” she said. “I look forward to the next four years serving both the residents and business owners of Flint Township.” 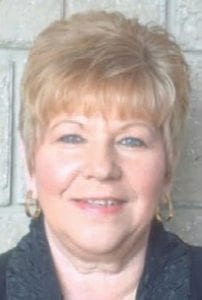 “I chose to run solely on my experience as a 10-year employee of Flint Township with four of those years spent working as Clerk Kim Courts’ administrative assistant. The outcome of the election has proven that experience does count. On November 21, I will hit the ground running as the next clerk of Flint Township.”

Funk also credited Courts with leaving behind a positive legacy that she plans to build on.

Clark said last week that he was naturally disappointed by the results and “looking into the option of a doing a recount.”

He said he was proud of the campaign he ran, focusing on issues and solutions facing the township.

“One of those issues being voter turnout, especially with young voters,” he said. “I am proud that I encouraged dozens of first-time voters to come to the polls and have their voices heard.” He also said he is looking into starting a non-profit focused on voter education.

In equally tight voting for four trustee spots, longtime trustee George Menoutes was narrowly edged out by 36 votes. Two newcomers were among the top four finishers – Tom Klee, a teacher at Carman-Ainsworth High School, and Carol Pfaff-Dahl, a retired GM/Delphi worker who currently works as a referral specialist for the Cardiology Institute of Michigan.

Pfaff-Dahl, Rhoads and DuFresne ran on a slate that included Harris for the clerk’s job, David Huffman for supervisor and Lisa R. Anderson for treasurer.

“First I want to say I am humbled by all the support that was given me to secure the win over two other candidates – including an incumbent – for the Office of Flint Township Treasurer,” Anderson said in response to a request for a statement to the press.

“It was a tight race,” she acknowledged. “This was the first time that I’ve ever run for public office as I vowed I never would. But the opportunity presented itself for me to join a team of individuals “Friends of the People” with campaign manager Don Wright at the helm. The team was very passionate about every aspect of Flint Township. I had recently completed a 35-year career with Flint Schools so the timing was perfect to accept the challenge.”

The “Friends of the People” had an aggressive strategy in getting our literature out to the community – both through mailers and literature drops. We spent countless hours going door to door and meeting with people to talk about the issues of the Township.” Anderson said she is looking forward to fulfilling her duties as township treasurer.

“I am a team player and promise to make decisions based on the best interest of Flint Township residents,” she said.

Current Township Treasurer Marsha Binelli did not respond to a request for comment on the election results.

In the supervisor’s race, Huffman lost to incumbent Karyn Miller by a vote of 2,314 to 1,100. Miller is seeking her third term. Genesee County Elections records indicate low voter turnout for the primary election.

Only about 16 percent of the county’s 326,778 registered voters came out to the polls.

Likewise, statistics show low to middling turnout in Flint Township’s 15 precincts. Turnout was highest in the first precinct where about 35 percent of 1,823 registered voters showed up at the polls and lowest in the 8th precinct where only 14 (about 8 percent) of 169 registered voters cast ballots Official voting results can be viewed online at http://www.gc4me.com/departments/county_ clerks1/docs/ Elections/201608/16AUGPRI.STATS. pdf