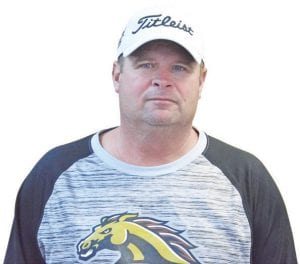 The stage is set for Super Bowl LIII (53) in Atlanta, Georgia on February 3. It’s the Los Angeles Rams and the New England Patriots (again). This will be Tom Brady and Bill Belichick’s ninth trip to the Super Bowl as coach and quarterback combo. What a duo. Brady will be looking for his sixth win in the big game. The fact that New England and Los Angeles both won as road teams was a little surprising to me. The home teams — New Orleans and Kansas City — could not get the victories on their home fields. I loved the fact both games went into overtime! What were those odds at kickoff last Sunday?

Let’s start in the NFC where Who Dat and Drew Brees were expected to win and play in Atlanta. The first thing that has to be said is they were robbed by one of the worst calls in the history of NFL Playoff football! How can the NFL live with such shoddy officials? They have been horrible all season long if you paid attention.

How would you like to be a Saints fan these last football seasons? They lost on the “Minneapolis Miracle” and now on one blind mice missed call. The NFL is now looking into reviewing pass interference calls in the off season! I am good with it, as long as it is a quick process. Let’s be honest, too. Some of these calls on reviews take way too long.

I thought the play of Drew Brees was terrible all game long. The Rams did what they had to do and won the game. The Rams, you can say, went marching in and the Saints marched out! Hey, the Rams are no slouch and if Todd Gurley gets healthy, will make things tough on the Patriots. The young coach, Sean McVay, will have the Rams ready and they deserve the opportunity by winning on the road.

The vet vs the youngster

The AFC game was a battle of Tom Brady and Patrick Mahomes. The veteran against the youngster. I thought Brady was his normal brilliant self and Mahomes a little rattled by taking some bad sacks. The breaks went New England’s way on the field like the punt not touched by Edelman. How that ball did not hit him is beyond me. The catch by Hogan, one handed, on a critical third down was the most crucial play. An off sides call by Dee Ford, which negated a Kansas City interception and allowed the Patriots then to score a touchdown was eye popping. I mean, come on, man. Offsides? Dumb, dumb and dumb, I say, with the game on the line!

The game was won when the Patriots won the toss for overtime. I realized Brady would never let the Chiefs see the football. It was an Atlanta Super Bowl flashback situation reincarnated for me. I really do feel sorry for Kansas City coach Andy Reid. He just can’t break through in the big games when the lights shine the brightest. I think his play calling abilities are horrendous and always have been.

The Kansas City Chiefs had all kinds of team speed and it was never utilized, in my opinion. I mean, who is faster than Tyreek Hill? The answer is, nobody. And Andy never got him the football on the edge or down field except one time. The first half was brutally game-planned, I thought, by the Chiefs. Oh, well. We should have a tremendous Super Bowl and I will give you the winner next week, I promise!

The Michigan Wolverines’ hoop team finally lost at Wisconsin last Saturday and so did Virginia at Duke later that night. College basketball no longer has any undefeated basketball teams. I think the Wolverines and Spartans are on a collision course for the Big Ten title in late February and early March. How darned awesome will that be for the Mitten State? I can see both Michigan State and Michigan making Final Four runs, actually. thefatguy@mihomepaper.com