Oh give me a home 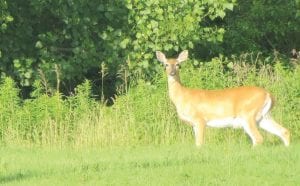 No sign of roaming buffalo or antelope at play, but foraging deer are frequently spotted on the 28-acre vacant lot at Dutcher and Lennon roads that was purchased in 2010 by the Bay Mills Indian Community with intentions of opening a casino there. The plan hit a legal wall that was favorably settled by a U.S. Supreme Court decision in May 2014. At that time, State Attorney General Bill Schuette said his interpretation of the court ruling is that the state has the right to deny a license to Bay Mills to operate an off-reservation casino. So over a year later, still no dice for a casino in Flint Township.