Old Newsboys director remembered for service to the community 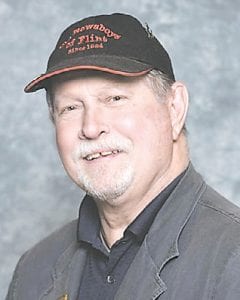 GENESEE COUNTY — Longtime Old Newsboys Executive Director Chris Hamilton is being remembered for his impact on the lives of children and adults across Genesee County.

In response to Hamilton’s passing, the Old Newsboys of Flint offered this statement:

“The staff and board members here at Old Newsboys of Flint, are deeply saddened by the loss of our fearless leader Chris Hamilton, on March 1st. He was a kind giving man, with the biggest heart of all. Chris was a superhero of the children of Genesee County. Chris has touched so many lives and he (will) truly be missed by all who had the privilege of knowing him. Our prayers are with his family at this time.

“In Chris’s honor, the staff at the Old Newsboys of Flint will continue to operate with big hearts and giving hands, as he will also be whispering in our ears, ‘remember, it is ALWAYS about the kids.’”

Hamilton started volunteering with the Old Newsboys more than 30 years ago and was named the organization’s executive director starting in 2008.

Throughout his years with the Old Newsboys, he was highly involved in the organization’s mission to provide clothing and toys around Christmas for hundreds of thousands of Flint-area children.

Genesee County Clerk John Gleason, a fellow Old Newsboys volunteer and good friend of Hamilton’s, described him as a vibrant man with a huge heart for kids.

“It takes a special man to make children who are complete strangers become your most important priority,” Gleason said. “Chris lived for it.”

Hamilton dedicated many hours to Old Newsboys newspaper drives and the organization’s Christmas Box and winter coat/shoe drive programs. He was also a regular at many local Chamber of Commerce gatherings, where he gathered a great deal of support from the business community for Old Newsboys outreaches.

“Chris and Old Newsboys have been members for over 30 years,” The Flint & Genesee Chamber of Commerce said in a statement. “If you were at a chamber event, it didn’t matter which chamber, you could almost always count on seeing Chris there. He has been the familiar face that always smiles, gives you a hug or shakes your hand.”

Genesee County Commissioner Ellen Ellenberg, who worked with Hamilton on several fundraising campaigns, said that he had a special knack for bringing in funds.

“Chris was the expert on raising money and touching the heartstrings of people who would give,” she said. “He knew every bar owner, every bank person in Genesee County, every union. There wasn’t a person he didn’t touch.”

In addition to his work with the Old Newsboys, Hamilton was a member of several service organizations, including the Burton Rotary Club, Flint Elks, Burton Eagles, Free and Accepted Masons and the Burton Chamber of Commerce. He also worked at the former AC Spark Plug plant in Flint for many years before retiring to focus more on volunteering.

Hamilton attended Purdue University during the 1960s, where he played college football and was part of the 1966 Rose Bowl Champion Boilermaker team.

As of press time, funeral arrangements are still pending for Hamilton.