ONE LANE CLOSES, ANOTHER OPENS 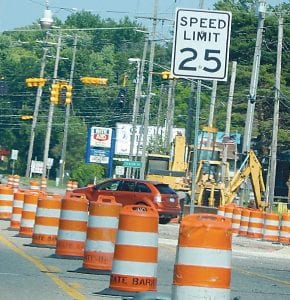 Such is the case with summer construction projects in Flint Township. Access lanes from I-75 to I-69 reopened last Thursday after being shut down about six weeks with traffic detoured. Also last Monday, road resurfacing began on Bristol Road between Van Slyke and Fenton roads with both eastbound lanes closed and all traffic shifted to the westbound lanes. That project is scheduled for completion by the end of August.