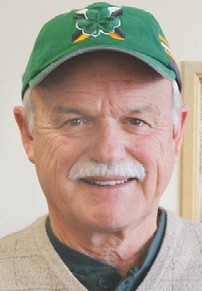 GENESEE COUNTY — The Flint Chapter of the Ancient Order of Hibernians will hold a St. Patrick’s day party on March 17.

Patrick O’Reilly, a member of the Hibernians for 13 years and an educator/football and track and field coach around the Flint (Kearsley and Beecher schools) area for more than 30 years, has been selected to be the Grand Marshal for this the organization’s 32nd annual St. Patrick’s day celebration.

With much assistance from the organization, his duties include gathering information and putting everything together for a pre-party held in February that raised money toward community charities, such as the Shiners Burn Unit and Disability network, as well as covering costs incurred by the March 17 event.

“I feel honored to be asked to do that.” Says O’Reilly about his appointment. ”Even though it’s been a little bit of work, I’ve had a lot of assistance from people from the past, which is normally what happens with an organization; they make sure everything goes right, everybody helps.”

According to O’Reilly, the Hibernians were a group formed to protect members of the Catholic clergy during religious strife in Ireland.

The organization continues its work here in Flint providing money to charitable organizations through fundraisers and functions such as the St. Patrick’s Day pre-party.

“Not only do we raise the money, we help out any of the various functions in the area where they needed assistance,” said O’Reilly. ”A number of our guys work in the food banks, we’ve supported in the past financially several of the food banks in the area.”

The Hibernians do other charitable things as well, such as supporting a seminary to help people become members of the clergy.