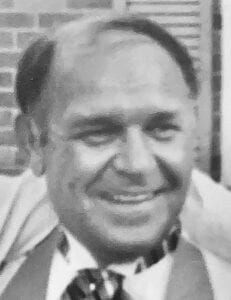 OREST “BO” CHLAN was born on July 25, 1932 in Goodeve, Saskatchewan and is survived by his wife Irene Elizabeth Cook, who were married in Flin Flon, Manitoba on April 21, 1956. They are soul mates and celebrated 65 years of marriage this year. Bo passed away on February 24, 2021 from congestive heart failure and after a long battle with Leukemia at the age of 88. Bo and his-beloved Irene became citizens of the United States in mid-1950s when he worked several construction projects in Colorado, South Dakota and Minnesota in the late 1950s and early 1960s. They moved to Grand Blanc in 1965, where they have been life time residents. Bo was a lifelong hockey fan and coached his sons’ teams in the Greater Flint Hockey Association and the Eastern Michigan Hockey Association. He also was a referee and an avid fan of the Detroit Red Wings, which he was a season ticket holder for many years. He also enjoyed golf and played at Genesee Hills Golf Club. He enjoyed fishing with his sons, brothers Mike, Allan and Steve, and many nephews and nieces on trips to Northern Canada. Bo was very popular and well liked for his sense of humor. He took his work very seriously and recorded perfect attendance for many years of his 30-plus year career at General Motors’ Chevrolet Metal Fabricating Plant in Flint. He was well known among his co-workers, getting several involved in hockey and running the annual Bobby Crim 10-Mile Road Race. Bo and Irene have three children and he is survived by them, three grandchildren and a great grandchild. His oldest son Kelly lives in Las Vegas. Perry, who is married to Stephanie Hastings of Grand Blanc, lives in Wellesley, Mass. They have two daughters, Emily Katherine who is married to Brett Kulhawik, of New York City and Natalie Hastings Chlan of New York City. Bo and Irene’s daughter, Sandra Kimball lives in Flint. Her son Dustin Rose, who is married to Heather Lundy of Davidson, and their son Ian lives in Eaton Rapids, Mich. Bo was one of 16 children and is survived by his sister Lavonna Krochak of Brooks, Alberta. Private services and burial at Evergreen Cemetery in Grand Blanc will be considered at a later date. Arrangements provided by Sharp Funeral Home and Cremation Center, 6063 Fenton Rd., Grand Blanc. Tributes may be shared at www.sharpfuneralhomes.com