Organ donors make a difference in many lives 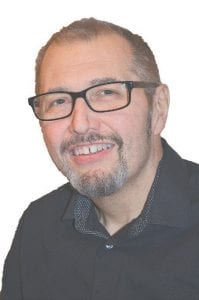 Editor’s note: This is the fourth in a five-part series where I will recount my battle with cirrhosis of the liver and the life changing transplant I received in September. My story is an account of how I overcame my illness, but mostly I hope to heighten awareness about the organ donor program.

Right now, there are 115,805 people in the U.S. waiting for a lifesaving organ transplant.

On Sept. 6, I was fortunate to receive my liver transplant. But not everyone on the recipient list is as fortunate.

The United Network for Organ Sharing (UNOS), a private, non-profit organization that manages the nation’s organ transplant system under contract with the federal government, says every 10 minutes, someone is added to the national transplant waiting list. On average, 20 people die each day while waiting for a transplant.

One organ donor can save eight lives, said UNOS.

Here in Genesee County, there are hundreds of transplant recipients who go on with their daily lives thanks to organ donors who have stepped up to help others.

One recipient is John Gleason, the clerk for Genesee County. On Sept. 18, 2001, he received a kidney from his sister at Henry Ford’s Transplant Center in Detroit. A transplant which not only saved his life, but gave him back his once failing health.

Since his transplant, Gleason said he has been a crusader for Gift of Life, helping raise money for donor awareness and drafting legislation to support donor causes.

Gleason has championed the cause of organ donation for 17 years, first bringing legislation as a State Senator which made it so adults over 18 cannot have their wishes regarding being an organ donor overridden by family members.

He was also instrumental in legislation which requires the teaching of organ donation in driving education classes and his name is on the bill which created the Gift of Life license plate available at the Michigan Secretary of State’s offices.

“My experience with organ donation changed things, a lot,” said Gleason. “I’ve broken a lot of ice through collaborations with the National Kidney Foundation and Gift of Life.”

“I’ve raised a lot of money over the years for this cause,” said Gleason. “My family and their relationships have moved that needle so far.”

He continues to help out by offering a desk, manned by volunteers, in the lobby of the Genesee County Clerk’s office where people can register with Gift of Life to be donors. He has also visited area Secretary of State offices to hand out donor literature and has taken part in donor causes – like an annual 5k run and he took park in the donor recipient games.

Gleason said his willingness to help out with causes goes back to what his father taught him as a child.

“My dad, during lent, would tell us not to give up something – that’s too easy,” said Gleason. “He said we needed to do something extra, something positive. That’s why I do it, I want to multiply the gift I was given. I was given this gift…do something with it!”

Gleason recently took steps to form the Gleason Community Fund, a non-profit organization which hopes to establish a scholarship to benefit a Genesee County student who wants to pursue transplant medicine.

The board of directors for the group, which I will be serving on, meets this week to discuss fundraising and the scholarship essay contest.

For Andrea Schroeder, city manager for the city of Davison, it was not she who received an organ donation, but her father, the late Wesley Kitchen.

Schroeder said her father suffered for years with heart disease, almost claiming his life until he received a heart transplant on June 25, 1997 at the University of Michigan Hospital in Ann Arbor.

“My father had a history of heart disease,” said Schroeder. “He had his first heart attack when he was 44 years old in 1977. He progressively had issues. After his transplant he lived for nine years and was able to see five more grandchildren born.”

Schroeder said she and her family didn’t know much about organ transplantation in those days, but with the help of the medical staff at U of M, she said they were educated quickly and came to know the staff there very well while he was hospitalized for months prior to transplant.

She said the experience prompted her, her husband and children all to sign up as organ donors. Because of the positive benefit it had on her father, Schroeder said she learned what a great thing organ donation is.

“If people aren’t sure, then do the research,” she said. “You’d be surprised how many organ donor recipients we have just in the Davison area.”

When a patient is “added to the list,” a transplant hospital adds a patient’s medical information into UNOS’ computer system. When a deceased organ donor is identified, UNOS’ computer system generates a ranked list of transplant candidates, or “matches”, based on blood type, tissue type, medical urgency, waiting time, expected benefit, geography and other medical criteria.

You can be a donor at any age.

Celebrity or financial status are not factors in getting a transplant.

Donation is possible with many medical conditions.

All major religions approve of organ and tissue donation.

A national computer system and strict standards are in place to ensure ethical and fair distribution of organs.

A healthy person can become a living donor by donating a kidney, or a part of the liver, lung, intestine, blood or bone marrow.

The human liver is a very vital organ

Our livers are a very important organ, so much so that if it stops functioning even for a single day, a person will simply die.

Unfortunately, it is one of the least thought about organs. So, it is time we change our view and start giving it the much deserved attention. So here are 10 interesting facts about the human liver.

1. Humans are not the only living beings to have a liver. Any living creature with a spinal column or a backbone has a liver. In short every vertebrate in this world has a liver.

2. Artificial liver replacement in humans or any other vertebrate is not yet possible.

3. Liver protects our body from harmful substances or toxin that we put in our body either deliberately or unintentionally through food we eat or drink.

4. The liver also protects our body from the toxins by cleaning the blood from chemicals that are spontaneously within our body because of day to day activities.

6. Liver is responsible for producing bile. Bile is very important because it helps in digesting food. Of course, without bile the body would simply fail to remove toxins from the body.

7. The bile produced by the liver is also important because it helps to breakdown fats into smaller particles so that the pancreatic lipase can digest fat better.

8. Bile produced by liver is also responsible for the characteristic brown color of the stool.

9. Our body produces a chemical known as bilirubin. This is pretty toxic and if it goes unfiltered into the kidneys, it can damage them. The liver actually filters and makes bilirubin safe before sending it to the kidneys. The kidneys then filter out the bilirubin from the body along with urine. This is what gives the characteristic yellow color to our urine.

10. Yet another interesting fact about liver is that it never uses sugar for energy. It only stores sugar. In reality, liver is the storehouse of any excess sugar that we consumer. It stores this sugar in form of a compound known as glycogen. Between meals when our body needs sugar, the liver breaks down the glycogen to form glucose. This glucose is then used by the remaining body as energy fuel.

From the website Facts Legend, an article called 25 Facts about the Human Liver by Sankalan Baidya. For more visit factslegend.org/25-facts-human-liver/