Pair of Firebirds drafted into NHL 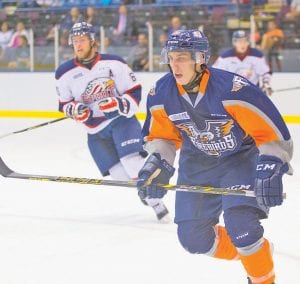 Right winger Will Bitten was the 146th player picked during the NHL Draft by the Dallas Stars.

BUFFALO – Flint Firebird forwards Will Bitten and Nick Caamano became the first ever Flint Firebirds to be drafted into the National Hockey League on Saturday, June 25. The two were chosen in the 2016 NHL Entry Draft. Bitten was picked by the Montreal Canadiens 70th overall in round three. The Dallas Stars picked up Bitten in the fifth round, 146th overall.

Caamano scored 20 goals to go with 17 assists over 64 games with the Firebirds. Caamano is left winger from Ancaster, Ont. 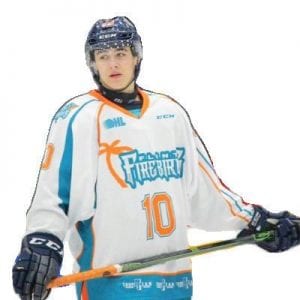 Saarijarvi expressed the desire for a new start after all the tumultuous negative attention garnered by the Firebirds last season after owner Rolf Nilsen fired the coaching staff twice and then was suspended for five seasons.

On Friday, June 24, Dennis Busby committed to the Firebirds, resulting in all three top picks choosing Flint. He joins forwards Ty Dellandrea and Hunter Holmes to sign with the Firebirds.

The Firebirds open the 2016-17 season on Wednesday, Sept. 21 against the Saginaw Spirit. The puck drops at 7 p.m. at the Dort Federal Event Center. Last season Flint beat Saginaw 3-2 in a shootout to claim the Coors Light I-75 Divide Cup on March 2. Training camp starts on Aug. 29 at DFEC and is open to the public. – L.P.