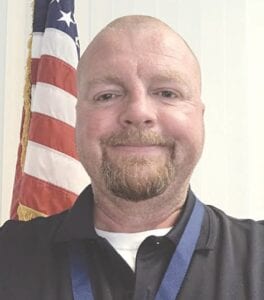 GENESEE COUNTY — William Palmer is working to transform the lives of area veterans one step at a time.

Palmer, a 28-year military veteran, has been hired as the new director of the Genesee County Department of Veterans Services. Since taking the position a few weeks ago, he has been on a mission to draw more awareness to veterans’ programs and benefits offered by the county.

“Some veterans feel that they don’t deserve benefits that they are entitled to, or they are not aware of our programs,” Palmer, 48, said. “We want to make sure that they’re taken care of, and that spouses and dependent children of veterans also know what benefits they are eligible for.”

After retirement, Palmer said that he needed to get “back into the game” by helping other veterans receive access to compensation and healthcare. He was especially troubled by seeing so many fellow veterans commit suicide once they had left the service.

“Suicide is a horrible outcome for any person, but it’s a little more personal when you see it happen to a soldier you were deployed with,” said Palmer, who served in tours to Iraq in 2008 and Afghanistan in 2012.

Palmer said that it’s imperative for veterans to have a place they can turn to like the Genesee County Department of Veterans Services, which offers necessary information on grants, benefits, references for medical treatment and emergency aid. The department also offers the Michigan Veterans Trust Fund, the Soldiers Relief Commission and the Veterans Burial Fund.

Additionally, homeless veterans can get assistance through the department to receive medical treatment, temporary shelter, housing and employment. The department has also partnered with the Mass Transportation Authority’s Rides to Wellness, a program that gives veterans free transportation to VA hospitals in Saginaw, Ann Arbor and Detroit.

To get the word out about these services, Palmer is working to update the department’s website and launch a Facebook page. He’s also building collaborations with other local agencies and hoping to set up informational sessions across the county’s townships.

“We’re putting a face to our services, whether it’s talking to people on the street or setting up booths at events,” Palmer said. “It’s about being neighborly and getting our veterans the assistance they need.”

To learn more about the Genesee County Department of Veterans Services and its full list of programs, visit gc4me.com/departments/ veterans/index/.