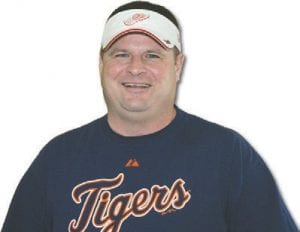 The fate of Brady Hoke has been decided here on Tuesday at 3:15 p.m. in Ann Arbor.

It was no shocking surprise, as Michigan has parted ways with Hoke after four seasons as the head coach. Brady Hoke never could recapture the magic of his first season record of 11-2 and a BCS Sugar Bowl win over Virginia Tech. Brady then went 8-5 in 2102, then 7-6 in 2013, and a lousy 5-7 in 2014. Michigan failed to qualify for a bowl game in what was a very weak Big Ten Conference. Michigan lost to Rutgers and Maryland for Cripes sake. Let’s not forget Hoke has let Ohio State and Michigan State kick his tail the last four years, for the most part.

The handling of the Shane Morris head injuries didn’t help Hoke, either. A headset on his Fred Flintstone head would have helped him in that situation. I’m just saying!! The bottom line is, the Michigan job was way over his head. Yes, Hoke could handle Ball State and San Diego State head coaching jobs. However, I will use a Hoke quote and I quote: “This is Michigan”! I say goodbye to “Hoke the Joke”. Enjoy your next job at UAB. UAB just axed the football program from the school for those of you who don’t know that.

The recruiting has killed Michigan, as it has dropped out of the top 25. Michigan can’t get recruits because the losing has taken its toll at Michigan. The next hire is the most critical hire since Bo was hired in the late 60s. Who will it be?, is the question. The Jim Harbaugh story sounds nice, but he ain’t leaving the NFL, at least I don’t think so. The job is an attractive one in college football, I still believe. I caution Michigan to get the right guy and remember Florida and Nebraska are both looking for new head coaches also. Michigan alumni and the Michigan fan base expect wins and competing for Big Ten championships, not the garbage on the field the last three years. Yes, it was garbage football. The head coach hunt has officially begun for Michigan, so stay tuned.

The Lions took care of business on Thanksgiving Day. Detroit has four games left and it needs to win three games to make the playoffs for sure. Detroit is at 8-4 and Green Bay at 9-3 in the North division. The South is a joke, but someone is getting in; either New Orleans or Atlanta. The West has Arizona at 9-3 and Seattle at 8-4 and the San Francisco boys at 7-5. Three of these teams will be division winners. My prediction is Philadelphia, Green Bay, and Seattle. Dallas, Detroit, Arizona, and San Francisco will fight for the two wild card spots.

The Detroit Red Wings are red hot supporting a 14-5-5 record so far. Heading into Tuesday night’s action against the Florida Panthers the Wings have won four in a row and went 7-2-1 in the last 10. The Wings have nine of the next 11 games at home where they are 9-2-2 at the Joe Louis Arena. This stretch of games here in December are huge. Detroit will not get this type of home ice the rest of the season so it needs to take advantage of it.

I love watching this young hockey team. I believe all those injuries from last season which forced the young kids to play are paying off this season. I need to get myself to the Joe and catch some Hockeytown action.