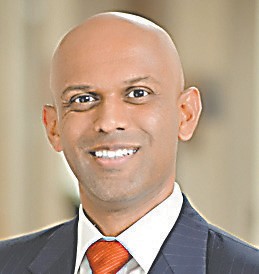 FLINT — Binesh Patel, M.D., has been named Chief Medical Officer of McLaren Flint. He began the position on June 26.

Prior to assuming this new position, Patel served as Tenet Healthcare’s Chief Medical Officer for both Sinai-Grace and Huron-Valley Sinai hospitals. In addition to his experience as a physician leader, Dr. Patel has managed various hospital departments, including laboratory, pharmacy, physical and occupational therapies, cardiology services, and numerous outpatient clinics. Throughout his career, he has led several initiatives resulting in improved quality and patient outcomes.

Dr. Patel received his M.D. from the University of Toledo, College of Medicine. He completed his residency in Emergency Medicine through the Wayne State University School of Medicine at Detroit Receiving Hospital, where he earned the Resident of the Year Award. As a practicing emergency room physician,