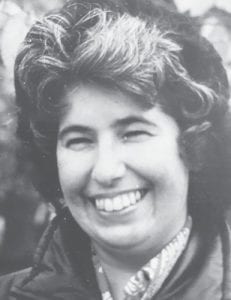 Pat was born on November 8, 1932, in Detroit, the daughter of Mr. and Mrs. Joseph and Theresa (Renisch) Hogan. Raised in Detroit, Pat was educated locally, graduating high school with the Class of 1950. Pat would meet the love of her life, George Gallus. The couple dated, fell in love and were united in marriage on January 7, 1951. Sadly, George preceded her in death in 2007, after 56 years of marriage.

Pat was a devoted wife and mother. She worked as a secretary for the Warren Woods School District, retiring in 1981. After retirement, Pat and George moved to their dream home in Michigan’s Upper Peninsula, where she resided for over 35 years. Pat enjoyed doing puzzles, reading, quilting, and needlepoint.

Pat was preceded in death by her parents; husband, George; and sister, Shirley LaRocca.

Those desiring may direct memorial donations to the American Diabetes Association.

Friends may share a memory with the family at martinfuneralhome.com.