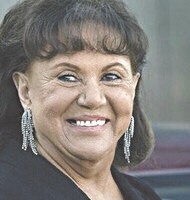 Williamson died at her residence. A private funeral service will be held with private burial in Flint Memorial Park.

In lieu of flowers, contributions may be made to St, Jude Children’s research Hospital.

Williamson was born Nov. 5, 1932 in Beecher, the daughter of Mr. and Mrs. Frank and Henrietta (Jordan) Middleditch. She graduated from Beecher High School, Class of 1951 and GMI comptroller School in 1953.

On April 29, 1972, she married Donald Williamson and they were happily married for 47 years. Patsy was a business owner in Michigan and made charitable contributions throughout her lifetime.