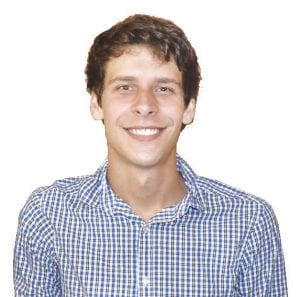 I spend around 5 non-consecutive hours every day on Twitter, the majority of which is spent reading thousands of opinions on the latest news item until my gloss over. Before you judge, I recognize this is far beyond the normal amount of time an average human should spend a single website.

With that being said, it’s a world too easy to become lost in: we have a president using the site prolifically, a steady stream of scandals, drama, in-fighting and larger-than-life personalities. Twitter offers a chance to say what is on your mind – anonymously, if you wish – without adhering to the rules of basic human decency governing our everyday interactions in the offline world.

This makes for ugly reading sometimes. I was listening to a podcast the other day with a guest who compared social media to how we act while in the car alone. If someone cuts you off on the road, it’s a safe bet a steady stream of vile nonsense will come out of your mouth. Most often phrases are used you would never say to someone in real life, but in the privacy of your car, anything is fair game.

Social media works the same way. Compassion can sometimes fly out the window when it’s just another account on a computer screen. Any regard for the other person’s feelings, acknowledgment that there is a living, breathing human behind a profile picture, is a nonfactor.

While I have certainly got into arguments online, I am not one to call-out or pick fights with strangers. In fact, most of the time I am just reading and observing. Twitter has an allure much like reality television: when you put a bunch of disparate personalities in one spot, human nature often reveals itself in fascinating ways.

Yesterday, for example, I saw a tweet from an account encouraging his followers to quit their jobs and pursue their wildest dreams. He claimed he had been living his best life on $2,000 the last six months and now has all the free time in the world. He added he can now follow his passions in the creative arts.

His girlfriend quickly responded to the tweet to reveal her parents had been paying most of their rent, and her boyfriend is something of a burnout. She asked him why he doesn’t pull his weight around their apartment, a public fight ensued and the man later revealed they had broken up. On Twitter.

The exchange was funny, but also speaks to the strange allure social media has. Suddenly, hundreds of accounts started swarming in either roasting the boyfriend or cheering on the girl. People were inadvertently sucked into the lives of total strangers, and they all wanted more.

Such is the nature of the Internet. It’s easy to scoff at the users permanently logged on until you find yourself down the rabbit hole.