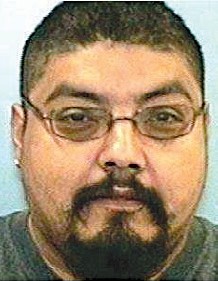 FLINT TWP. — Police investigators are seeking two persons of interest in connection to a shooting last Wednesday at a home on Torrey Road.

At 10:22 a.m.. on March 26, police were called to the 3400 block of Torrey Road for a 62-year-old township man who was confronted outside his home by two armed males, according to a police press release.

The homeowner was shot and the suspects fled on foot to a waiting vehicle. Both suspects were described as black males, 20-25 years old, approximately 5-foot-7-inches tall and 140 pounds, dressed in black clothing with black ski masks.

As a result of a police investigation, police developed further information and are now seeking two other persons of interest. The first person of interest has been identified as Jose Juarez, a 36-yearold Hispanic male who is possibly driving a beige or tan 2008 Ford Expedition, police said.

The second person of interest has not been identified but police provided a photo apparently taken from surveillance video. He is described as a white or Hispanic male, 30-40 years old, last seen wearing a black coat, blue shoes and red athletic shoes.

Anyone with information on this incident is asked to call Detective Cassidy at the Flint Township Police Department at (810) 600-3250. — Rhonda S. Sanders