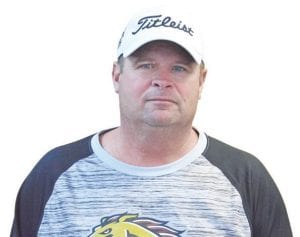 The baseball world has a new record contract in the books. The Philadelphia Phillies have signed former Washington National outfielder, Bryce Harper, to a 13-year, $330 million deal. That’s enough cheddar to put the state of Wisconsin out of the cheese business!

The baseball world was ready for Harper to sign, as we are now into spring training, here in March. The signing comes after Manny Machado signed with San Diego for 10 years and $300 million and set the money bar. I knew Harper was going to receive more than Manny. The question was, how much more? The Harper deal makes the Phillies instant legitimate World Series contenders in the National League.

I liked this ball club before Bryce inked his deal, and I really like them now. The Phillies out-bid the L.A. Dodgers and the San Francisco Giants for Mr. Harper. The race in the National East will be a dandy and a great summer-time watch.

The Detroit Tigers are down in Lakeland, Florida trying to figure out how not to lose 100 games in 2019. The Tigers need Michael Fulmer to pitch like he can and stay healthy. I can see Miggy playing less first base this season and sliding into the DH role a little more to try and stay healthy in 2019. The big question is, can manager Ron Gardenhire make this Tigers’ team overachieve and say, lose 90 games? Do you see where I’m coming from? A mark of 72-90 would be a tremendous season for the boys in the Ole English D uniforms! I doubt that happens and still forecast 100 losses.

The NFL combine is next. Is there anything more boring than getting the report of a player’s shuttle time? The size of Kyler Murray’s hands, or how tall he is? Oh, by the way, he is 207 pounds and 5-foot-10 and an eighth! Please remember that eighth come September. Oh, and happy to report his hand size is fine, in case you were wondering!

If you are wondering Kyler is being compared to Drew Brees and Russell Wilson, not by ability, but by his height. Drew is 6-foot and a hall of fame quarterback. Russell Wilson is the only starter under 6-foot in the NFL and he’s pretty darn good.

My combine consists of one thing: Can you play in the NFL? The combine, said Chris Speilman, was too slow and Tom Brady’s combine skills were laughable! My point is to not put too much stock in the NFL combine numbers because they can be misleading. I once posted a five second sprint to the refrigerator and improved that over my eating career to three seconds.

The other NFL news is Jason Witten returning to the Dallas Cowgirls after one year of retirement. I will not miss him in the Monday Night Football booth one bit. He was brutal to listen to and had zero insight, if you ask me. He signed a oneyear deal at $3.5 million. It will be his 17th season as a Dallas Cowboy. Jason is also turning 37 in the month of May, which is old at the tight end position. Will Tony Romo be next? I doubt it. I love Tony in the booth, personally.

The rumor is swirling that the Detroit Lions might be interested in a tight end with the No. 8 eight pick. I sure hope not! The Lions need to find a top defensive linemen, or pass rusher, if you ask me. I would look into the tight end free-agent market with Jesse James, C.J. Uzomah, or Jared Cook available. I have Eric Ebron dropped passes at tight end, the last No. 1 tight end selected by the “Cryons” of Detroit. All of us long-time Lion fans know one thing, the Lions will find a way to mess it up because that’s what they do! The Lions’ new running back coach is Kyle Caskey in case you’ve been losing sleep over it.

Loss of another legend

News came across the wire Monday that hockey great Ted Lindsay passed away at the ripe old age of 93. Detroit fans remember Ted well as a menace on the ice but a sweetheart off the ice. He helped Detroit win four Stanley Cups in his 14 years as a Red Wing. Ted was also a Chicago Blackhawk for three years and quit the game in 1960. Teddy was also inducted into the Hockey Hall of Fame in 1966 and saw his jersey hang from the rafters for Detroit where it was retired in 1991. His likeness stands out in front of the Joe Louis Arena, placed there in 2008. Rest in peace, Ted! thefatguy@mihomepaper.com