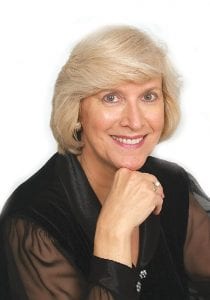 FLINT — A piano recital will be given by Dr. Janet Solose in honor of the bicentenary of famed composer Franz Liszt’s birth on Nov. 30, 2011 at 7 p.m. in the Anderson Room at the Flint Institute of Music, 1025 E. Kearsley St., Flint, MI 48503. The concert will include these pieces by Liszt:

The concert will also include works by Appledorn and Chopin. This concert is free and open to the public.

Solose, a native of Niagara Falls, Canada of Hungarian-German descent, received her early music training at the Royal Conservatory of Music in Toronto. She is a graduate of the University of Toronto and University of Western Ontario in Canada, and the Eastman School of Music, University of Rochester, where she was awarded their prestigious Performer’s Certificate and was David Burge’s first teaching assistant.

Her active career as a featured concerto soloist, recitalist, chamber musician, duo pianist and master teacher has taken her to Korea, Japan, Austria, Bulgaria, Hungary, Serbia, Russia, Canada, and around the U.S. She is a past winner of the CBC Canada National Radio Competition and received special commendation at the International Vienna Modern Masters Performers Recording Award Competition. Eroica Classical Recordings released two of her compact discs — Style Hongrois and Variations: Three Centuries of Solo Keyboard Variations. Capstone Records released another CD, Array, which celebrates works by American composers. Her articles have been published in the journals 20th Century Music and Clavier.

Dr. Solose is an Associate Professor and Chair of the Keyboard Studies Division at the Conservatory of Music and Dance, University of Missouri- Kansas City. She is a Steinway Artist.