Pickell wins primary in a landslide 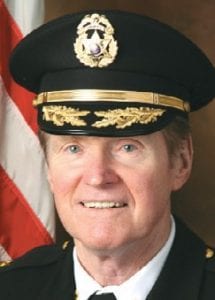 Pickell received 64 percent of the vote with 22,496 ballots cast for him. Johnson was the second highest vote-getter with 7,630 votes and Allen, the Argentine Township Police Chief, received 4,734 votes.

Pickell, of Flushing, has 35 years of law enforcement experience. He and his wife, Janet have two sons, a daughter and one grand-daughter.

Johnson, 51, of Grand Blanc, served as a deputy police chief in the City of Flint for several years. Though now retired, he has more than 30 years of experience in law enforcement.

Allen, 50, of Grand Blanc, is the Argentine Township police chief and served previously with the City of Flint Police Department.

Pickell is unopposed in the November general election.