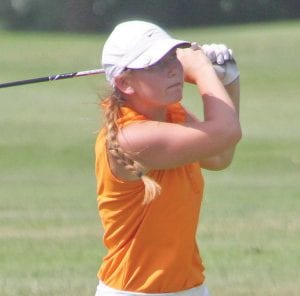 Geer carded six birdies during the final round, including consecutive birdies on No. 11 and No. 12 and also took home the girls’ low final round award. This was Geer’s fifth American Junior Golf Association win and second of 2016 after previously winning the Justin Thomas Junior Championship.

James Piot of Canton won the boys’ title after posting a final round score of 2-under-par 70 and a tournament total of 7-under-par 209. Piot tallied 6 birdies en route to his first AJGA victory after three previous top-5 finishes.

Also in the field was Brooke Gibbons of Lapeer who had a first round score of 90 and a second round of 86 before withdrawing. Flushing’s Kerri Parks tied for ninth place with 75-75-80-230 and Grand Blanc’s Cammi Lucia was 23rd with 83-86-91-260. The trio also competed in the Flint Jr. Golf Association summer league.