No charges brought against shooter at this time 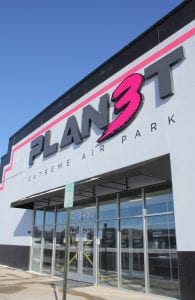 According to Lt. James Baldwin, the shooting happened at 10:33 p.m. and the suspect was taken into custody by Flint Township police within one minute of the 911 call.

The victim was pronounced dead at the scene.

Genesee County Prosecuting Attorney David Leyton released a statement late Tuesday saying no charges would be filed against the woman at this time.

The suspect was lodged at the Genesee County Jail pending review by Leyton’s office but has since been released.

Reports say the man had a history of domestic violence against the woman.

Anyone with further information about this case is urged to contact Det. McBride at 810-600- 3250 or call Crime Stoppers at 810- 422-JAIL or www. crimestoppersofflint.com.

Planet 3 Extreme Air Park remained closed as of Monday with a sign on the door saying it would remain closed until further notice.