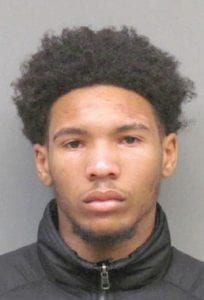 FLINT TWP. — Police have arrested two suspects in a string of recent robberies involving items being sold online on Craigslist.

In the most recent scam, on February 22 Flint Township officers were called to River Forest Apartments off Beecher Road for a larceny report. The victim said he had attempted to purchase a Buick Rendezvous from an ad he found on Craigslist, according to a police report. When he arrived, he gave the suspect $1800 in exchange for the keys to the vehicle. When the victim started walking towards the car to inspect it, he saw the suspect run away. He tried the keys in the car and they did not work the lock.

Investigations by Flint Township police resulted in the arrest of 2 suspects. One suspect, James Dequantay Cedric Thomas, 18, confessed to this larceny and three other Craigslist robberies (two at Miller West Apartments and one at River Valley Apartments).

The second suspect, Dewayne Cason Jr., 18, confessed to this larceny and to the Craigslist robbery at River Valley Apartments. 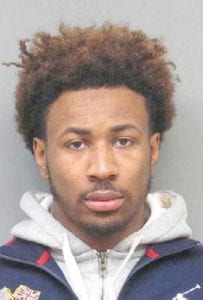 On Feb. 25, Cason was arraigned on the following counts: Conducting a Criminal Enterprise, Armed Robbery and Larceny by False Pretense.

Thomas was arraigned on the following counts: Conducting a Criminal Enterprise; Armed Robbery (3 counts); Larceny by False Pretenses; and False Report of a Felony.

These arrests follow two previous reports of alleged similar robberies. On Tuesday, January 27 township police were dispatched to 3366 Corunna Road for an armed robbery that had just occurred at the River Valley Apartment Complex. The victim stated he attempted to purchase an iPhone 6 through a Craigslist ad for $275.00. He was told to meet at the apartment complex to complete the sale. When he arrived he was met by two black males. One of them allegedly brandished a small black semi-automatic handgun and demanded the victim’s money. After giving them his money, the suspects fled out of the building. They were not located.

Similarly, on Monday February 9 police officers were called to Miller West Apartments, 3100 Miller Road, for an armed robbery that had just occurred. The victim attempted to purchase an IPhone 6 Plus through a Craigslist ad for $580.00. The suspect invited the victim into the building. Once inside, he was met by two black males. One of them pulled out a handgun and demanded the victim’s money. After taking the money, the suspects fled out the back door of the building. They were not located.

Anyone with further information on these or other related incidents are asked to contact Detective Nicholas Sabo or Detective Brett Cassidy at the Flint Township Police Department at 810-600-3250.

As a result of these scams, police have advised residents to choose a safe, public meeting place for conducting these transactions. One place available to the public is the lobby of the Flint Township Police Department on Norko Drive which is open 24 hours a day seven days a week and is video monitored. The lobby provides a safer environment for transactions initiated online, police said.