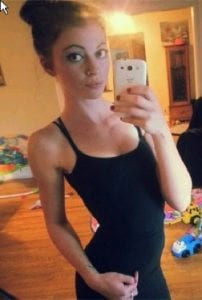 Police provided a photo of Vibert and surveillance tape from when she was last seen.

Township police initially reported that Vibert was last seen at the Marathon gas station, 3635 Miller Road, on Saturday July 15 at approximately 1 a.m. where she got into a Red Pontiac Aztek with an unknown black male.

In a July 21 update, police reported that investigators located and spoke to the black male driver of the red Pontiac Aztek who has cooperated with the investigation and it not considered a suspect in her disappearance at this time.

The investigation has revealed that Vibert was last seen at the Mobil Gas Station, 3841 S. Saginaw St on Saturday, July 15 at approximately 2:45 am. Reportedly, she was last seen walking northbound on S. Saginaw St. toward Atherton Rd.

Additional information received indicated that Vibert was previously seen talking with an occupant of what is believed to be a green or teal Ford Ranger or S-10 style pickup truck in the parking lot at the gas station. The occupants of this vehicle are urged to contact the Flint Township Police Department immediately. Investigators are still attempting to decipher if Vibert is voluntarily missing, or if she is endangered. 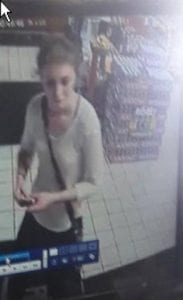 Anyone that may have information on Vibert’s location is asked to contact Detective Douglas Hart at the Flint Township Police Department, (810) 600-3250.

When last seen, she was wearing a cream colored top, black capri pants and flip flops, according to information posted on Facebook including a$1,000 reward for information leading to finding her. It also indicated that she had two deep cuts on her right arm, a tattoo on her right shoulder that says “Family” and tattoos on both wrists.