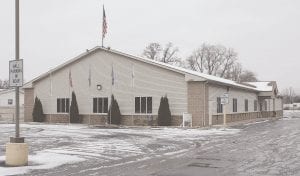 The Veterans of Foreign Wars Post 3087, G-4138 Corunna Rd., will no longer serve as a polling place for Flint Township. A new facility will be announced soon for voters in Precincts 6 and 11. Photos by Gary Gould

FLINT TWP. — A mix-up over the availability of a longtime polling place left Flint Township officials scrambling last week for a place for residents of Precincts 6 and 11 to vote in the upcoming presidential primary.

Precincts 6 and 11 have traditionally voted at the Veterans of Foreign Wars post on Corunna Road, but the polling place had to be temporarily moved last year for the Carman- Ainsworth schools proposal election. The building was for sale at the time, and township officials were concerned about is availability should it be sold before the election. According to Township Clerk Kathy Funk, the VFW assured the township after that election that the building had been taken off the market and would be open for future elections.

All seemed well until Funk got a call last Tuesday night.

“Tuesday night I was informed by an election chairperson that a Facebook post contained auction information for the items located within the VFW post,” Funk said. “I spoke with the commander on Wednesday and was told the facility is no longer available to Flint Township. By late Wednesday afternoon, we had found a facility that would meet our requirements and still be central to voters in Precincts 6 and 11.” 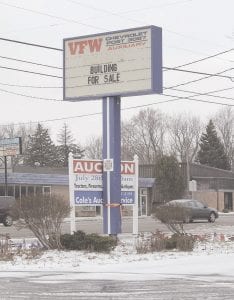 Funk said the township is now waiting for paperwork to be signed and reviewed by the township attorney, then a special board of trustees meeting will have to be held for the board to approve the move. She said the township is under orders from the state to act as quickly as possible, and once the move is approved, she will be able to share the new location. Once approval is given, Funk’s office also will have to print and mail out 3,600 new voter registration cards to those affected by the move.

“If all goes well, I believe everyone will be quite pleased with the new facility, as well as its location,” Funk said.