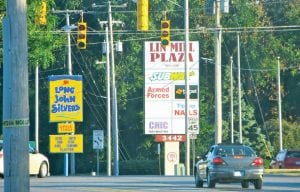 With heat wave temperatures topping out at 97 degrees during the day and overnight lows around 79, hundreds of Consumer Power customers were without air conditioning or electricity due to a power outage on Friday July 22. Affected businesses included Panera Bread and Chipotle on Miller Road which posted signs on the door to let customers know they were closed due to lack of power. The traffic light at busy Linden and Miller Road also was out. All were part of a larger interruption in electric service, involving about 880 customers, according to Terry DeDoes, Consumers’ senior public information director. The outage was due to failed equipment on the underground electric system near the Lennon Road Substation, he said. No cause was determined for the equipment failure. Customers’ electric service was restored about 3:30 a.m. Saturday, he said. 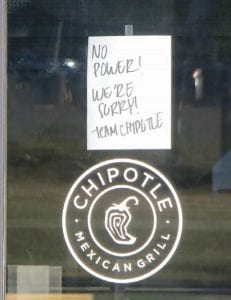