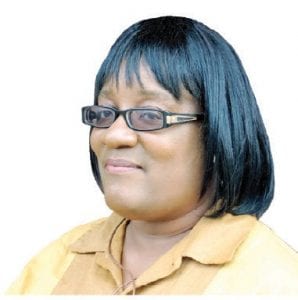 It’s 11 p.m. Do you know where your children are? Growing up in Detroit in the 1970s, I heard that nightly broadcasted public service announcement. It was a moot point. The ironclad rule at our house was to be on the porch when the streetlights came on or face punishment. We were allowed to sit out late on hot summer nights but 11 p.m. on a school night was well past my bed time anyway.

But I also roamed the neighborhood freely during daylight hours, often riding my bike to the corner store or walking several blocks over to visit friends Even back then, bad things sometimes happened to innocent children.

Now it seems like hardly a week goes by without hearing Amber Alerts or news about a child getting lost, harmed or worse.

Just last week, there was a news report about an attempted kidnapping at a store in Corunna. Reportedly a boy was left in the toy section while his grandmother shopped.

I have shopped at that store many times and heard them repeatedly announce over the intercom words to the effect of “Please keep your children with you at all times. This is for their safety as well as ours.” Yet a predator almost found an opportunity to walk out of that store with an unsupervised child.

Stranger danger is not the only threat to children in the store. There are many items on shelves that a child could topple over and break, possibly getting hurt. Wayward children are not limited to that store. I see them at the grocery store playing racecar with empty carts, in clothing stores wandering under the racks, running between cars in parking lots and more.

Another child neglect story making headlines last week was about a toddler who fell into the gorilla enclosure at the Cincinnati Zoo. The gorilla had to be shot and killed to rescue the child.

Yet another recent child endangerment story came out of Detroit. A 13-year-old boy was kidnapped and killed after he allegedly stole money from a drunk man at a store. This reportedly happened around 10:30 at night, when kids should not be out roaming the streets. But that is no excuse for the alleged killer and his accomplices to murder the child.

Also last week in Dearborn, a little girl sneaked out of the house and drowned in the neighbor’s pool. That brings to mind an Amber Alert from last summer when a poorly supervised child drowned in a Davison lake.

Now that school is about to let out for the summer, children will be up later and out and about and subject to potential danger. Keep an eye out and on them.

Thankfully, Amber Alerts do help to safely find children but too often it is too late. rsanders@mihomepaper.com