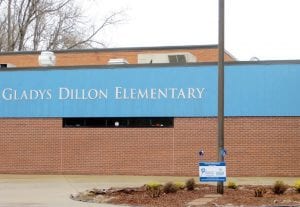 Two pinwheels spin in the wind on this sign in front of Dillon Elementary School in Burton, in observance of April as Child Abuse Prevention Awareness month. Dillon and Dye elementaries in the Carman-Ainsworth School District have partnered with the Weiss Advocacy Center in Flint for its annual Pinwheels for Prevention Campaign. Pinwheels for Prevention began as a grassroots effort in Georgia, Florida and Ohio and has become a national symbol of child abuse prevention, to remind us of childlike indulgences and the chance for the healthy, happy and full lives all children deserve. Every year in Genesee County there are more than 2,000 confirmed cases of child abuse and neglect, according to data from the Weiss Advocacy Center. Ninety percent of that abuse is perpetrated by someone the child trusts. Also, 1 out of 3 girls and 1 out of 5 boys will be sexually abused before they reach age 18. 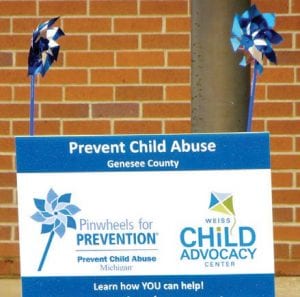