Price remembered as instrumental in growth of Otisville 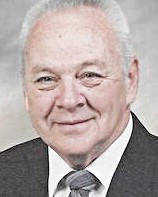 OTISVILLE — Former Village President Robert Price, 86, will be remembered by many as a true leader of the community and a good friend.

Dave Tatrow, former village manager for Otisville, said when he was hired by the village in 1972 as the supervisor of public works, Price was the village president.

“He did an extraordinary job representing the village,” said Tatrow, who later became village manager in 1992. “When he retired from village council, he stayed on with the Downtown Development Authority. He was wonderful at that, a wonderful community leader. He was really instrumental in a lot of the successes the village had over the years and making this a nice place to live.

“The village isn’t that big, but it’s a great place to live and he and others on the council made it that way,” said Tatrow.

Price was first elected to the village council in 1961 and served as president for 35 years, making him the longest-serving municipal council member in the state. He was a charter member of the Otisville Jaycees and was an active member of his church, serving in many capacities.

Tatrow said he had a background in management from working at General Motors and that helped him in his job.

“I learned a lot from Bob,” said Tatrow, who said he knew Price both as a colleague and as a friend. “He will be missed. He was a well-liked, lifelong resident of the village and was highly regarded as a great leader and a great man.”

Fishing and hunting buddy Louie Fent said he knew Price for 65 years and remembered him as a planner and an organizer.

“He would always do a great job,” said Fent. “He loved to hunt, and fish and he was a normal, everyday good guy.”

Fent said Price was village president for years and he remembered attending several village council meetings Price was preceding over. He said Price had a way about him when dealing with the public.

He said sometime residents would come before the council upset over something in the community and they would be loud and confrontational, but he said Price always kept his cool.

“Bob would just listen to them and when they were done, he’d say ‘thanks for coming in’,” said Fent. “He didn’t raise his voice – he was great at that.”

Fent said he and Price, along with several friends, liked to go yard sailing and he said Price was always good at negotiating a lower price.

“He’d find something for 50 cents, and he’d get it for a nickel,” said Fent. “If you needed anything and Bob had it you were welcome to it. He had all kinds of nuts and bolts. If you needed something Bob was the place to go – we called it Bob’s Hardware. If he had it he’d give it to you.”

Daryl Banyas, Price’s nephew, said he found his uncle was a wealth of advice and information.

“I’ve often went to him for financial information,” he said. “He was the smartest man I knew.”

Price was born on Nov. 10, 1933 in Mt. Morris, to William Ellsworth and Lula Belle (Allen) Price. He married Lois Stimson on Sept. 6, 1955 at the Otisville United Methodist Church. Bob was a prominent member of the Otisville Community. He is survived by his wife of 68 years, Lois; children: Jim Price, Wayne (Karlie) Price, Mike (Colleen) Price, Dan Price, and Kay (Steve) Bean; 10 grandchildren, 13 great-grandchildren, and 2 great-great grandchildren.