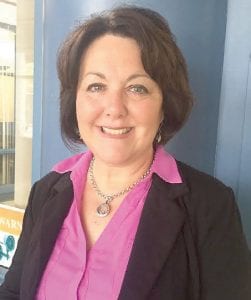 Deborah Davis has been named principal at C-A High School.

FLINT TWP. — Deborah Davis, who served as interim principal at Carman- Ainsworth High School for the 2014-15 school year, has been appointed to the position permanently.

Davis previously served at assistant principal at the high school from 2008-09 and 2012-13 and has held several positions with the district.

She served as the Data Technology Coordinator for all district schools from 2012-14 and was the Curriculum and Testing Coordinator at the high school from 2006-2008.

Davis holds an ED.S degree in Educational Leadership from Oakland University, granted in August 2010. She also earned a Master’s Degree in the Art of Teaching (MAT) at Marygrove College in 1999 and is a December 1992 graduate of the University o Michigan-Flint.

Davis said her goals as CAHS principal include to:

• Continue to work towards academic achievement for all students

• Sustain a safe and secure environment for student learning.

She and her husband John have two daughters. Alison is a 2013 graduate of the University of Michigan with a B.S. in Chemical Engineering and Kristin expects to graduate from U-M in 2016 with a B.A. in Nursing. — R.S.