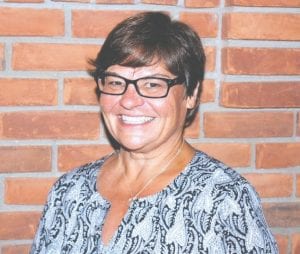 Most notably, Kevin Summey, longtime middle school principal has move on to a position with Saginaw Public Schools, according to C-A Superintendent Eddie Kindle.

“Kevin has served our district for over 20 years and has built outstanding relationships with students, parents and staff.,” Kindle said.

The new interim CAMS principal is Mary Haslinger, who most recently was the principal of Lakeville High School and also the Athletic Director/Assistant Principal at Lapeer Schools. She also has 19 years of teaching experience with the City of Pontiac School District.

At the high school, two assistant principals have moved on.

Suzanne Bobalik retired at the end of the 2016-17 school year and Kevin Foltz resigned in July to accept a position with Flushing Schools.

“Sue has been an integral part of our district for the last twenty-two years,” Kindle said.

” Her contributions will always be valued and remembered.”

To replace Foltz, Michael Gates was selected as the new Assistant Principal/ Athletic Director. Gates has served as a Business and Physical Education Teacher at Carman-Ainsworth High School for ten years.

At the middle school, as a result of the transfer of Karri Forrest to the high school, Gina Ryan has been named the Director of Teaching, Learning and Classroom Interventions. Ryan was principal at Dillon Elementary. In her new role Ryan will support the district and middle school by addressing the needs of the students and staff with academic growth. Her main focus will be to support classroom teachers in implementing interventions with fidelity that align with district initiatives. Ryan has worked for the district for eighteen years with twelve of those as a building principal.

Klaire Verbeke has been selected as principal of Dillon Elementary. Previously she was Dean of Intervention and Special Education at Oakside Scholars School in Waterford; Title I Coordinator/ Interventionist at Whitmore Lake Elementary; an Elementary Principal for Fenton Schools; and Assistant Principal and Elementary Teacher at George Armstrong School of International Studies in Chicago.

All Carman-Ainsworth building administrators for the 2017-18 school year are: