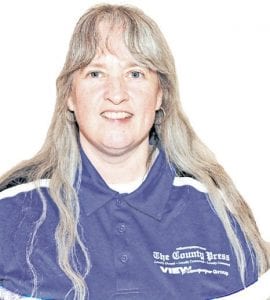 “Y ou are too dumb and useless to win this match.”

“You are the cancer of tennis.”

These are just a few of the vile and hateful Twitter messages Women’s Tennis Association (WTA) player Madison Keys, 22, has received after losing matches.

As many blue-shirt days and rallies that take place in schools promoting anti-bullying, the hate continues to flow across social media. It’s just another reason I do not have any social media accounts. Who needs that kind of negativity in their lives? I certainly do not.

Yet, the bullying continues. Locally during our winter high school varsity season, a LakeVille senior, Darrell Washington, was the victim of social media bullying when a Millington basketball player posted a hateful message and superimposed a monkey face over Washington’s. Keys is biracial and Washington African American. WTA and ATP players Nicole Gibbs and Kevin Anderson, both white, are just two of many pros who have received death threats after losing matches. It’s wide spread across men’s and women’s tennis.

Keys hopes to put a stop to the cyber bullying. Last year she became an ambassador for FearlesslyGIRL, an organization that aims to empower girls, their schools and communities about bullying.

“I’ve been very outspoken about the pressure that social media has put on me in the past, let alone what it can do to a much younger and inexperienced person,” said Keys. “Sometimes I come off the court after competing in the heat for three hours and I open my phone and the amount of hateful messages can be overwhelming.”

Keys said in the recent Tennis Channel special that social media isn’t 100 percent fun and that it’s become desensitized. People write whatever they want without thinking about the impact and hide behind obscure Twitter handles.

Keys said as part of her Tennis Channel special, “If you can’t say something to me, or in front of me, or to your best friend, or you daughter, or your mom, you shouldn’t be typing it either.”

After losing in the first round of the recent Volvo Car Open in Charleston, South Carolina, Keys was lauded for her initiative during an on-camera post-match interview. It’s something everyone should be talking about and something others are too afraid to confront.

Let’s back up a moment, too. Keys is no tennis slouch. She’s currently on the comeback trail after having wrist surgery. The trolls on social media should walk a day in the life of a tennis player, or any athlete for that matter, before making such harsh judgements. When you are ranked No. 10 in the world, no one should be doubting your ability, or your personal character.

We continue to see the cyber bullying in our coverage area, and hear about it from others. High school officials and coaches are doing the right thing by reporting the incidents. Everyone needs to do a better job with their kids, though, because it continues to happen. I applaud Keys and others for taking on the social media bullies. Everyone needs to stand up with them and lead by example.