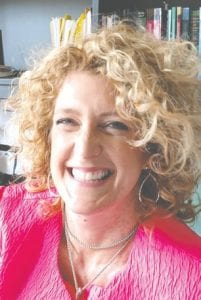 Phillips, 48, has been an assistant prosecutor for 20 years and has experience in every division of the office serving most recently as the Manager of the Circuit Court Criminal Trial Division and Juvenile & Abuse-Neglect Division.

One of the office’s top trial attorneys before taking on her management role, Phillips has handled thousands of cases from misdemeanors up to and including murder, rape, and violent gang cases. She prosecuted Brandon Hayes in the case of the slain child Dominic Calhoun obtaining a conviction that sent Hayes to prison for 100 years. Together, Phillips and Prosecutor Leyton prosecuted both the serial rapist, Kevin Thomas, who abducted local women from area shopping malls, and the serial stabber Elias Abuelazam sending him to prison for life without parole. 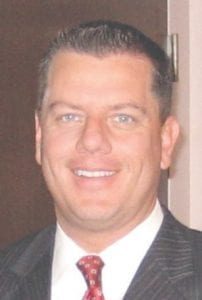 She teaches state and local prosecutors and police officers on the topics of sexual assault, domestic violence, and strangulation — at the Mott Police Academy, the Michigan Commission on Law Enforcement Standards (MCOLES), the Law Enforcement Officers Regional Training Commission and the Prosecuting Attorneys Association of Michigan.

A graduate of Davison High School, Phillips received her undergraduate degree from Michigan State University and her law degree from Western Michigan University Cooley Law School. She and her husband, Randy, reside in Davison with their daughter, Olivia.

Phillips credits her late father who retired from the Flint Police Department with inspiring her to serve her community through work as a prosecutor.

“I can’t think of a better profession than being a prosecutor,” said Phillips. “I go to work each day excited to stand up for victims and to make my community a little safer,” she said.

“I am humbled and deeply grateful to Prosecutor Leyton for the opportunity and I look forward to working with him, my colleagues, and law enforcement in this new role to make this area a great and safe place to live,” she said.

Potbury, 51, has worked in the Genesee County Prosecutor’s Office for the past twelve years as a Special Assistant Prosecuting Attorney. Along with handling a multitude of administrative duties as a Special Assistant under Prosecutor Leyton, Potbury also has experience handling misdemeanor and felony cases. Prior to working in the Prosecutor’s Office, Potbury had a private law practice and served as an assistant city attorney for Burton.

Potbury has a long history of community service in the greater Flint area having served on numerous boards and as a member of several service organizations including the Rotary Club of Flint and the Ancient Order of Hibernians. He is a lifelong resident of Flushing where he served as the Mayor and as a City Council member. He is also proud to have served as the Grand Marshal for the Flint St. Patrick’s Day Celebrations in 2015.

Potbury is a graduate of Flint Powers Catholic High School, the University of Michigan-Flint, and Michigan State College of Law. He and his wife, Sarah, reside in Flushing where they are raising their two young boys.

“Tammy and John have served me and this office faithfully for many years and I am confident they will do a great job in assisting me to see that justice is served in Genesee County,” said Prosecutor Leyton.