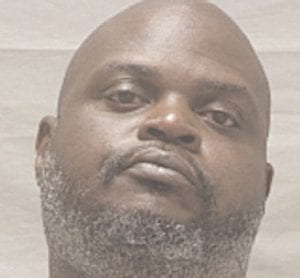 Genesee County Prosecuting Attorney David Leyton held a press conference Monday in which he laid out a pattern of violence against women and children committed by Hodges dating back to 1993.

Hodges was seen by witnesses and on surveillance video attacking the woman’s 14-yearold son the evening of the shooting while the three were at Planet 3. Leyton said under Michigan law, the woman had the right to defend herself and her son against what could have been a threat to both of their lives.

“I had to ask myself was it an honest and reasonable belief that her life or the life of a loved one, in this case her son, was in danger of serious injury or death?” said Leyton. “I will not seek charges.”

Leyton had Chief Assistant Prosecuting Attorney Tamara Phillips explain a timeline of Hodges violent behavior and multiple run-ins with the law dating back to 1993, which started with cases of non-domestic assaults leading up to an incident in 1994 where he beat his 16-day old-child leaving the baby blind and deaf.

Hodges was convicted of child abuse in that incident, which ultimately lead to the child’s death, and was sent to prison for 15-years. That was the maximum sentence he could receive for those charges and parole was denied every year – ending with his release from prison in August of 2008 at the completion of the term.

He was charged with home invasion and domestic violence against his then girlfriend in February 2009, receiving jail time and probation. For that case he was incarcerated until June of 2009.

In 2012 he allegedly stabbed his domestic partner and her uncle who was trying to defend her and remained on bench warrant status for some time after. In 2013 he pleaded guilty to domestic violence and received 90 days and received credit for 20.

He was released from jail Jan. 21, 2014 and in the Spring, he punched and strangled his girlfriend, according to 911 calls. In February 2015 the same victim, according to 911 call, broke into Hodges home and dragged another female from his bathroom. In September of 2015 that woman confronted Hodges about the relationship he choked and slapped her. Later he reportedly punched her in the stomach when she refused to have a child with him.

In December of 2014, he was in a new relationship and she called 911 for a domestic violence report.

“In 2016 he meets the woman who will ultimately take his life,” said Phillips. “There was violence before September 2016, when she went to YWCA counseling.

In Feb. 2017 the woman took out a protection order in Shiawassee County against Hodges. Things were on and off between couple until 2019 when he began threatening phone calls to the woman.

“He threatens to burn down her house with her in it,” said Phillips. “While she was making a complaint to police he texts her (in the police station) and says ‘the police can’t save you’.”

The woman filed for a PPO at this point, but it was denied by the judge who asked that both parties appear in court. Neither did, said Phillips.

She said on June 10, 2019 Hodges stole the girlfriend’s gun. She later found it and it was recovered. ON June 26 Hodges went looking for her and rammed her vehicle following a chase around the eastside of Flint. Again, he threated to kill her and he was tried for the incident and received 36 months of probation.

In recent months, Phillips said the couple had gotten back together, despite a PPO that was still in effect, and the violence began to focus on both the mother and son. Several incidents of Hodges punching and choking the boy were reported in the months leading up to the shooting, but no one pressed charges.

On Jan. 18, the day of the shooting, the couple took the 14-year-old son and two other children to Planet 3. The children were dropped off at the door and the couple drove around the parking lot. Phillips said they were arguing about Hodges not cleaning snow off the woman’s car that day and his refusal to find a job.

The woman told police she was in the driver’s seat and he put his arm around her neck to choke her and they struggled. She kicked the door open hard, striking the car next to her, prompting the owner of that car to drive to another parking spot to check the damage. He told police he heard her yelling something about calling 911.

She went inside and Hodges followed her in. It was there a fight ensued between Hodges and the 14-year-old son. The woman, thinking Hodges might be armed with a knife, took the pistol and shot Hodges as he scuffled with the son.

Police recovered the knife in the couple’s vehicle.

“It’s obvious three of those incidents jump off page at you,” said Leyton. “He abused his own child and received a child abuse charge for which he served 15 years.

“The second incident woman was when the woman went to the police station and he texted her there, threatening her,” he said. “That’s scary stuff.”

Leyton said the third incident was he strangled the young man, who is the same teenager Hodges is shown scuffling with at Planet 3 on surveillance video.

He urged more women who are abused to come forward so the prosecutor’s office can help them.